Ode to Linen, a Fabric Worth Preserving 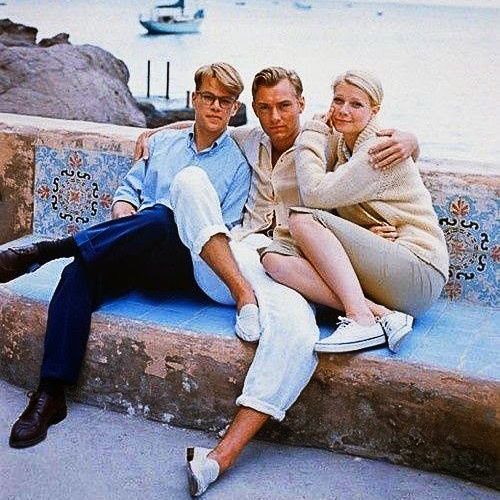 The other day, a woman walked into the vintage store where I work, wearing a dress she had purchased there last year. She wanted something similar, or “anything linen,” she said as sweat slinked down her right cheek. I stood up and swept the racks with my fingertips, pulling as many pieces that looked around her size as possible. Her request was a particularly overwhelming one to fulfill in a store stocked with nearly 50 percent linen, 50 percent silk. I pulled a mint-green dress off the rack: “I’m old, but not that old,” she quipped in response to the high-cut neck.

I left her with a few of my favorite pieces, which I had dutifully steamed and hung just hours prior, as if they were my own. Alone in the store, I’d traced the hot steamer down the gossamer fabric, flattening every wayward line to my satisfaction. It called to mind a few of my own linen belongings: a new white duvet cover, an old, tattered, yellowing duvet cover, and countless vintage pieces hanging in my closet, which I’ve honorably rescued from eBay or reclamation stores like this one over the years. Each summer, I cherish these linen articles like they’re ice cold, perspiring water bottles fresh from the fridge.

People have shared my enthusiasm for linen for eons. It’s one of the world’s oldest known textiles; Hebrew, Aramaic, and Greek words for “linen” appear in the Bible up to 104 times, depending on which translation you pick up. Archaeologists have unearthed traces of the fabric during digs in Georgia (the country), pulled its fibers from caves beside the Dead Sea, and discovered strips of it almost entirely intact after centuries buried underground. Due to its comparative lightness and capacity to wick sweat, linen was the material of choice for bodily coverings in arid civilizations like Ancient Egypt and Mesopotamia. In the latter community, it was a garb only fit for kings and queens, the ultimate demarcation of luxury and leisure. While the contemporary image of a mummy is perhaps a body wrapped in Charmin Ultra, Ancient Egyptians actually swaddled their dead in diaphanous, creamy-colored swatches of linen.

Anthropologists believe that woolen textiles were a major form of currency in Mesopotamia, as silk was in China from the Han dynasty through the 18th century. Mesopotamians traded wool for goods such as timber, obsidian, and metal, fueling a bustling economy and engendering a labor class. Linen was more difficult to produce than the husky wool and thus was not exchanged with the same frequency. It became rare and sacrosanct, a textile to be warmed by the fire and carried on a golden platter to a table of royals.

One of the most notable pieces of linen clothing ever identified is a piece of regalia: the cap of Holy Roman Emperor Charles V, who wore a succession of other impressive titles before dying in 1556. In each of the countless oil paintings of his likeness, the cap looks slightly different—the result of either artistic variance or a complex closet.

Archivists compare the illustrious cap to that of Thomas Arundell of Wardour Castle, a Cornish administrator of aristocratic lineage who lived around the same time as Charles V. In 1914, Maria Margaret Pollen, a leading authority on the history of textiles and wife of an Anglican priest, recounted the long and treacherous journey of Arundell’s linen hat in The Burlington Magazine for Connoisseurs. According to Pollen, Lord Arundell died in Oxford in 1643 from wounds he received at the battle of Landowne. Meanwhile, his wife Blanche was defending Wardour Castle with a lean army of just twenty-five soldiers. After nine menacing days of battle, the fighting was about to consummate with a peaceful surrender to parliamentary commanders Ludlow and Hungerford, but rebel troops attacked Wardour and violated the negotiation. All of Arundell’s belongings were destroyed or annexed during the plunder, down to each river stone and saucer.

But not the linen. During the pillage, Pollen writes, several valuables were bundled and lowered into a dry well, only to be discovered years later, unscathed and unadulterated. In the black-and-white image she references in her article, the cap is flattened, as if ironed or pulled from under a stack of encyclopedias. Lace trims its four sides, likening it more to a night cap worn with oversized socks underfoot and a dripping candle in hand than a crown connoting nobility.

I’ll be the first to applaud the decline of royalty, but I firmly believe we should continue treating our linen as the gentry did: packed into safety deposit boxes or time capsules designed by Elon Musk during moments of civil unrest. Whether or not you agree, it's hard to deny linen’s interminable appeal. Jude Law, for example, might never have been the star he is today without the cuffed linen pants he pairs with pebbled leather loafers in The Talented Mr. Ripley. And what about in Something’s Gotta Give, when Diane Keaton wins the hearts of both Keanu Reeves and Jack Nicholson while donning a linen wardrobe of salt-seared whites and sandy fawns? One of my uncles, a retired art dealer living on the South Beach of Miami, who only recently cut off the ponytail that trailed his bald head, wears a uniform of linen pants and a linen shirt—a few extra buttons undone—every single day. There is simply no way to survive an endless summer without it.

It is, perhaps, for this reason that vintage linen goods hold such strong market value, often selling on the internet at rapid speed and unyielding prices. Still, buying it new is rarely a good idea; old linen is much smoother than the freshly fabricated variety. While a virgin linen shirt from a place like Everlane might be well-cut, come lined, and smell like a car dealership, vintage linen feels like a golden retriever and looks like a baby’s blanket: worn down by successive laundry cycles and loved ad infinitum.

It would have been uncouth of me to allow my old, tattered, yellowing duvet, swapped out for a fresh replacement, to end up on the sidewalk. Instead, I cut it up and transformed it into something useful, a process industry experts might call “upcycling.” I decided to make it a tank top, an item that appropriately complements the fabric in summer readiness. I am a novice seamstress, so the shirt is not without flaws, though I felt as if I might give Reformation a run for its money as I hunched over my sewing machine on a hot afternoon, the adrenaline of fluctuating blood pressure rushing through my veins.

The camisole has no closures and must be pulled over the head. It hugs my breasts against my chest a bit more than I’d like it to, and the straps—recycled from the ties that connect the duvet to the comforter in its interior—twist stubbornly when worn. I love the top anyway. Not because of its in-vogue design or the haughty story I can share with friends when they ask me about the item, but because of the fibrous linen parts that make up its whole: the stuff of dukes and duchesses, adored through the ages, and safeguarded beneath the earth from the toil above.

*Thumbnail image: Matt Damon, Jude Law and Gwyneth Paltrow in Italy during the filming of The Talented Mr. Ripley (1999).