THE BULL: NFT, Beyond Good and Evil 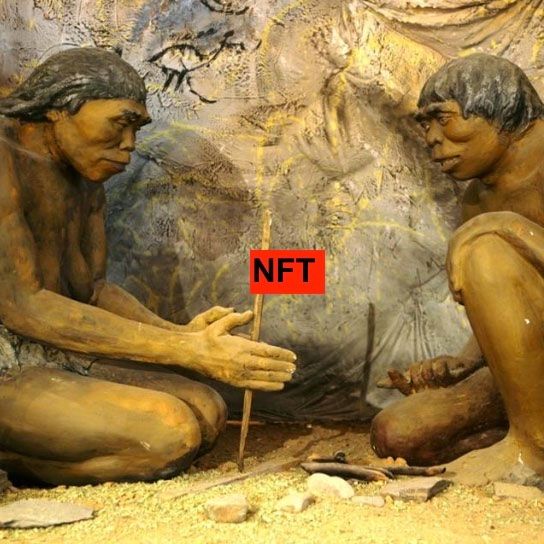 The US is almost 20% fully vaxxed; the winter is over; yet people still have the energy to spin the hamster wheel of discourse. It’s a testament to the human spirit. Everybody is an anticapitalist until it comes time to stake a claim in the market of hot takes. Then, it’s a race to the bottom for having the quickest and hottest reaction to the trending topic of that day. Observing it from afar is like watching youth soccer, when a small mass of toddlers sprint from one corner of the field to the other in unison, all trying to kick the ball in no real direction. Here at The Bull and the Bear, we like to take things nice and slow, do our readings, and really let the takes distill into crystalline, impenetrable arguments. That’s just us, though. We’re built a little different.

Last month’s trending topic was the NFT, or Non-Fungible Token—the blockchain-backed digital asset and its accompanying novel method of ownership.

The first step to understanding NFTs is the same as the first step to understanding any new technology: consider the medium. On this point there has been much confusion. An NFT is not a .gif file, nor is it a .jpeg, nor a song or the rights to said song. An NFT is a new method of ownership. The content of the material manifestation of that which is owned is by and large irrelevant. Beeple may make terrible art and be a gross guy, but that’s on the dummies who spent the millions to buy his artwork, not on the concept of the NFT. There have been plenty of garbage songs made with an 808 Mafia Sample Pack but "56 Nights" makes up for all of them. And there have been some cool NFTs. The one with M.E.S.H on Folia was sick, and once in a while there is something fun on Zora.

The second step to understanding NFTs is acknowledging that they will in no way bring about any utopian society, be that libertarian or socialist, and that likely, they will not have any democratizing effect on the art world or otherwise. Does this mean that people invested in an egalitarian future of shared governance and a system of mutual ownership should ignore it in favor of the current system? On that, I’m not convinced.

The third thing to know about NFT’s is that they are not Bitcoin. Often, in non-crypto literate places, “Bitcoin” is used as a catch-all for all things Blockchain. This is fortunately not the case. NFTs run on the Ethereum network, not Bitcoin. This comes into play when discussing the ecological ramifications of NFT’s and crypto as a whole. Bitcoin has massive energy usage baked into its infrastructure, and most of the crypto climate stats floating around out there are about Bitcoin’s stupid energy use. Etherum is not as wasteful as Bitcoin, and is taking steps to significantly reduce its carbon footprint (a term coined by BP in 2005ish, according to the Bull’s roommate) through a move to proof of stake, running parallel chains, and batching transactions. This is one of the reasons why, if I was forced gun-to-head to open a Coinbase account using the following link to get $10 worth of BTC  (https://www.coinbase.com/join/shear_dz ), I would buy Ethereum instead of Bitcoin. Also, opensea.io, one of the largest NFT marketplaces, gives you the option to not mint the NFT until sale, which means the most energy-intensive part of the process does not happen until the NFT has been purchased. It’s always interesting to see where people level accusations of ecological waste. For example, vinyl records, cassette tapes and marijuana all cause serious environmental damage, but we don’t like thinking about that too much.

The fifth thing to know about NFTs is that they are just the most recent iteration of gaseous capital, expanding the reach of the market further into the personal, collapsing divisions between the sacred and the profane and putting creativity up for public auction. There is no stopping this. Gas expands we breathe; that’s the equation. One whiff of the noxious fumes is enough to make people froth at the mouth and shoot from the hip. Time is money—let me mint this second. It’s impossible to say if NFT’s will meaningfully shape the future, but the further encroachment of private ownership and the solidification of the market relation as the de-facto relation seems inevitable. Plan accordingly.

The bull recommends keeping an eye out for potentially strong meme NFTs and waiting for gas prices to go down.

*As we established in The Bull's last post, The Bull's background is in post-Deleuzian esoteric finance, not crypto. The Bull is not a qualified financial professional, so if you’re looking for legitimate market advice, seek it elsewhere.

*The Bull has graciously provided some links below to further your NFT education.

HERE IS THE ARTICLE YOU CAN SEND TO PEOPLE WHEN THEY SAY “BUT THE ENVIRONMENTAL ISSUES WITH CRYPTOART WILL BE SOLVED SOON, RIGHT?” by Everest Pipkin for Medium

A Beginner's Guide to DAOs by Linda Xie for Mirror

"Primacism: David Rudnick on the struggle for Primacy, type and poetry's unique value in an age of digital and physical conflict, and Percy Shelley's Mont Blanc" from Holly Herndon and Mat Dryhurst's Interdependence podcast

**The Bull and The Bear is a (Psy)Op-Ed column and does not reflect the views of Laid Off NYC’s editorial staff. 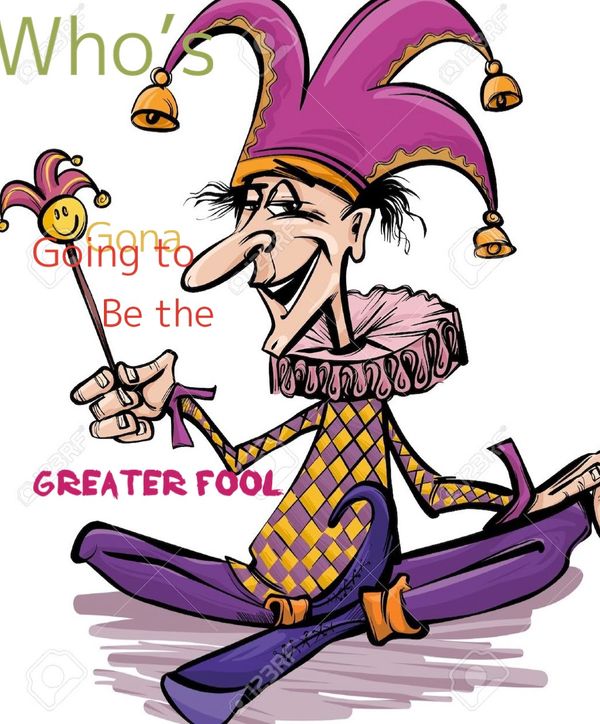 The Bear re: NFT, Beyond Good and Evil 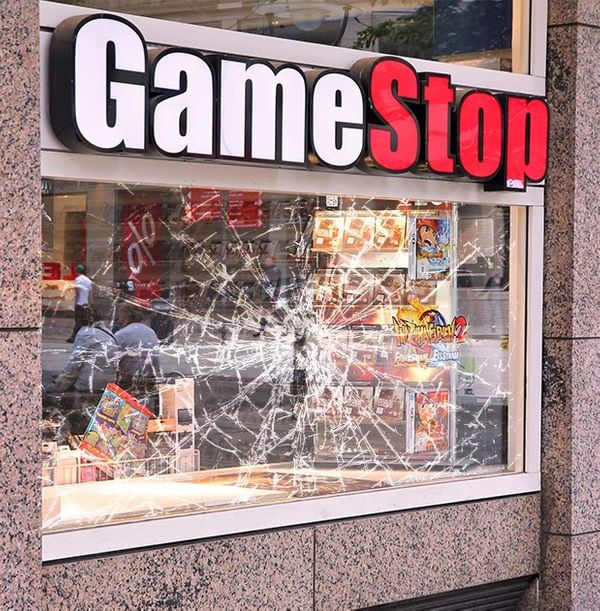 The Bear re: GameStonk and Gaseous Capital 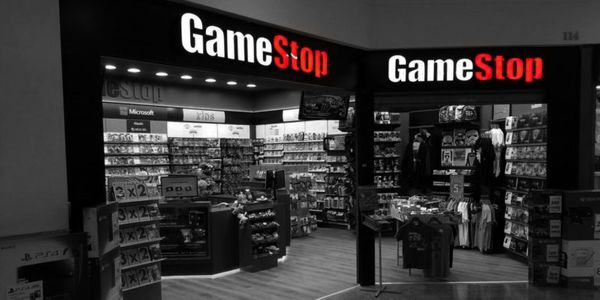 The Bull: GameStonk and Gaseous Capital