Against the Interpretation of Melania Trump’s Sartorial Symbols 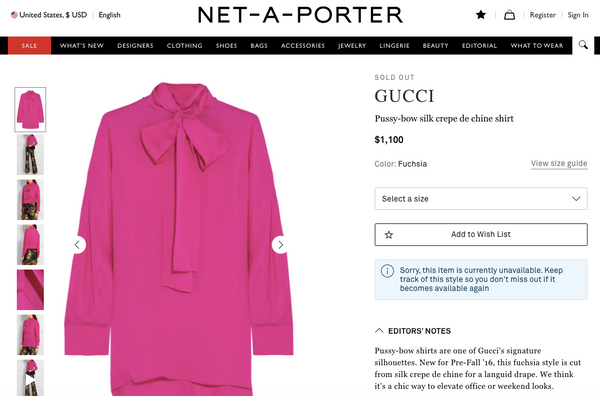 As the Trump presidency comes to a close, the only thing I can remember the first lady actually saying is, “Who gives a fuck about the Christmas stuff and decorations?” The leaked recording of a phone conversation between her and her (former) friend Stephanie Winston Wolkoff is, in my opinion, a high point of the Trump era. What she wore is easier to recall: stilettos on the tarmac when she was on her way to visit the victims of Hurricane Harvey, a colonial-era safari hat in Kenya, a white Dior pantsuit to the State of the Union, and—of course—the Zara jacket emblazoned with “I really don’t care, do you?”

Melania’s clothing was a portal to her interior life in the same way her husband’s tweets were  windows into his, which is to say it was the only consistently available clue as to who she might be, and what she thought about the chaos erupting around her. There was so little ideological substance to the Trump administration that everyone from journalists to QAnon conspirators have spent the past four years searching for hints about what might be happening within the walls of the White House, and inside the minds of its inhabitants.

As a result, some liberals spent a decent portion of the Trump presidency creating what Susan Sontag might have called a “shadow world of meanings” in Melania’s sartorial choices, crafting a narrative that Melania was trolling her husband through the clothing she wore. They found evidence of her sartorial resistance in the fuschia “pussy bow” shirt from Gucci she wore to the October 2016 presidential debate, which was held just days after the Access Hollywood tape leaked. Then, in January 2018, in the wake of the Stormy Daniels scandal, she wore a white Christian Dior pantsuit to the State of the Union Address, similar to the one Hilary Clinton had worn to the 2017 inauguration as a nod to the suffragette movement. Later that year, The Guardian reported a popular Twitter theory which suggested that even the infamous “I really don’t care, do you?” jacket was a jab at her husband and not a reference to the bad press that his administration was receiving for separating children from their parents at the US/Mexico border. Not long after, The Telegraph suggested that a Valentino dress she wore to meet with the King and Queen of Spain was a silent protest against her husband’s immigration policies. The brand’s vocally anti-Trump head designer, Pierpaolo Piccioli, had spoken about immigration and “finding the harmony in difference,” the night before he presented the collection in which it appeared.

In her 1966 essay “Against Interpretation,” Sontag argues that “The modern style of interpretation excavates, and as it excavates, destroys; it digs ‘behind’ the text to find a sub-text which is the true one.” Like the would-be art critics who irritated Sontag, the online commenters discussing Melania’s clothes assume she selects them with a specific meaning in mind. While it’s true that in the past, most first ladies have made sartorial choices that nod to their political lives, their messaging was never as simple as “pro-immigration” or “I am not thrilled about the news that my husband had an affair with a pornstar.” Hervé Pierre, who has been careful to tell reporters that he advises Melania about what to wear and is not her stylist, told Women’s Wear Daily that he does not consider the symbolic meaning of her clothing.  “As long as I find the right outfit, the designer is almost irrelevant,” he said. On the deeper meaning that observers might excavate, he said, “On my side, believe me I don’t think of it.” Of course, the clothes one chooses to wear, whether the wearer has thought about them consciously or not, say something about them. This is especially true for women, for whom a neutral suit and tie does not exist. But interpreting these choices can be a fraught exercise.

Prior to the nineteenth century, most European art depicted figures in power wearing clothing with clear symbolic significance. Similarly, in novels, movies and TV shows, the clothing worn by characters usually delineates meaning. In real life, there is a complex interplay between personal taste, trends, access (we have an infuriating tendency to conflate personality traits with designer clothes as if some people choose to wear Valentino and others choose not to), and—in the case of women in positions of power—an understanding of the implicit and explicit codes that dictate what one should and should not wear. There is, in other words, no one linear narrative, no singular meaning that we can attach to the things that someone wears. Clothes, in the end, can only gesture at the larger truth of someone’s life. Melania’s clothing has been interpreted in the way a film student might analyze the costumes of characters on a screen. This tendency is, perhaps, symptomatic of a tenuous relationship to reality that has defined the past four years, where we see people and events through the prism of fiction, applying the rules of television to the real world.

The proclivity to overthink Melania’s clothing speaks to a desire to create order and meaning out of the chaos that has characterized the past four years. It is also likely reflective of Resistance Twitter’s commitment to the inherent goodness of all women. As Ashley Reese wrote in Jezebel, “For some Democrats, it was easier to imagine Melania as a long-suffering wife rather than a woman with a history of being complicit in Trump’s racism and dismissive of those who have accused him of sexual assault.”

But really, Melania is dressing as she always has—not like a conventional first lady or an unconventional one, but like a rich Park Avenue wife attending a series of themed fundraising events: black lace from Dolce and Gabbana in Italy, ‘50s-style Dior in Paris and, yes, a safari hat in Kenya. The eagerness of the public to interpret her clothing shows the vast difference between the two visual languages at play: Melania is speaking the sartorial language of New York high society while online commentators are speaking the political language of previous first ladies, determined to believe that her Gucci blouse might perform the same magic trick that Kamala Harris’s camel Pyer Moss coat did last night. Harris’s demonstrated commitment to the future of the country and its people, and her status as the first woman of color to hold the office of Vice President transformed the camel coat into something much more.  But on Melania, a blouse is just a blouse. She commits herself over and over again to the outfits that populate the homepage of Net-a-Porter, the same clothes countless other New York socialites wear. In other words, she really doesn’t care.

This interpretation, too, might be futile. As Sontag wrote, “To interpret is to impoverish, to deplete the world... The world, our world, is depleted, impoverished enough. Away with all the duplicates of it, until we again experience more immediately what we have.”