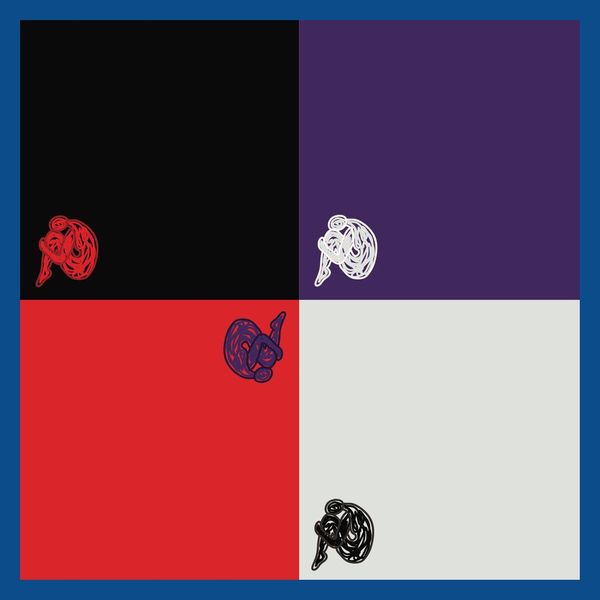 I first felt it in the hospital – before she was even gone. Seven of us sitting in that claustrophobic “family room.” We knew it was over. For months we had watched her body whither, stall, break, and fail. A soft touch from my grandmother. A longing look from my uncle. My sister’s bare shoulder pressed up against mine. This was pre-pandemic – when we could still reach out, touch, hold each other, yet my urge then was to self-isolate, curl further and further into myself until I could disappear … maybe I could follow my mom wherever she was going.

On the morning of her funeral I slipped out of my childhood home and ran for miles alone in the rain. A wet December in Los Angeles felt fitting. After the service, I escaped to my car before anyone could comfort me. The next few weeks I dodged calls, left text messages and emails unopened.

I didn’t actively want to be alone. But some deep impulse urged me to isolate – make my grief smaller, sanitized, silent before I re-entered society.

At 23 years old I watched my mother fight an insidious blood cancer. Death became more than the silencing of her distinctive laughter and the loss of our relationship. Death became a raging of the body, a suffocating and gasping for air, a quickening and sudden stilling of blood.

We are taught to turn away from deterioration and death. Some point to the Black Plague -- another catastrophic pandemic -- as the beginning of the West’s long history of repressing death.

Even with its wonders, modern medicine has left us with the belief that the body is a machine and any sign of deterioration is a malfunction to be fought or fixed at any cost.

Even after death, we pump bodies full of chemicals to remain looking “alive.” We put makeup on carcasses, trying to stall decomposition even when it’s already arrived.

I had two months of mourning my mother before the coronavirus pandemic hit. In that pre-pandemic world, I still had the luxury of compartmentalizing the gory details of sickness, choosing not to engage with the politics of healthcare in this country, saving my grief for another day, another time.

There are these unspoken rules as a mourner – you can be sad but not angry, cry but not howl, distant but not disturbed.

But in March the world itself became inundated with sickness and death. When I first heard descriptions of the virus on the news, of what it does to the rhythm of breath, my mind flashed to my mother at the end … the wet coughs and silent gasps, the blood-soaked towel, the cups of ice chips, the unopened bottles of Ensure.

“You mustn’t write about those gruesome details, Rebecca”

I’d find myself choking back tears and only hours later realize why -- which piece about what the virus does to the body triggered which memory.

I feel like my personal grief slipped through some trap door into this world chock-full of suffering.

Like my mother, thousands are now dying in the antiseptic surroundings of hospitals because the American healthcare system prioritizes capitalism over comfort.

But often a more painful thought follows: What if I got to have my mom through all of this? What if she had never gotten sick in the first place? Some days I listen to her high-pitched voice on a voicemail I saved. She asks what time our plans are, says she might have another plan … but of course she can cancel it. I distinctly remember rolling my eyes at that at the time, wishing she’d have more of a life of her own.

When I see the data on race and COVID come in, my personal grief morphs into an all-consuming rage at this country. A healthcare system that simultaneously targets and fails the most vulnerable swaths of people.

I am having trouble holding all of the suffering in the world – new and old, personal and communal, acute and dull.

I hear my therapists’ voice crackle over the telephone and again feel that hot medley of guilt and rage. I can’t stop thinking about all of the mourners who don’t have access to mental healthcare, the mourners who are left with piles of hospital bills in place of condolence cards, the mourners who had to say goodbye to their person through the staticky radio waves of a cell phone.

It feels too heavy … but I cannot look away.

I think of my mother at the end. So many days I refused to see her in her full pain. I write this curtly, because to write it how it feels hurts too much.

To protect ourselves, we choose not to see. So many have chosen not to see how black and brown bodies are treated differently in a hospital room, on a deathbed.

Many are still choosing not to see the workers who are keeping the cogs of this country running.

I saw a barista post on Twitter that a customer came in with a mask, but not wearing it. When she asked the customer to put on her mask, she said: “Why? There’s no one in here.”

Most mornings I wake up and it feels like a pile of bricks hit me. It does not feel good, but it is also impossible to ignore. I can no longer compartmentalize my grief – tuck my bad feelings away into crevices and corners to deal with later.

When we allow ourselves to see each other in this way, maybe we open up a space of real compassion, a space where we don’t have to curl inwards in shame, a space where we can all fight and rage and grieve as one pulsing unit – howling wildly into these heavy, endless nights.

Get to know Rebecca better, @rebeccaerinkatz for all her latest creative endeavours.