The True Romance of Earth and Space 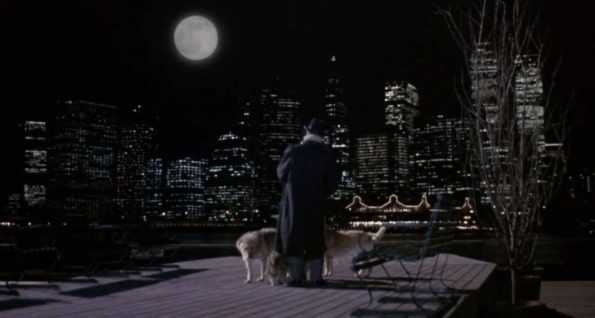 The divine mystery of outer space has always had some romantic cache. Shakespeare brought it up all the time; Romantic poets talked about it endlessly; Vincent Van Gogh painted it from his bedroom window. Since mankind’s inception, we have not been able to resist looking at the night sky in awe.

In 1957 that perfect expanse was ruptured. A satellite was launched out of Earth’s atmosphere, the first of many man-made objects that would eventually create the tangle of space junk that currently floats through the solar system.

In 1959, ten years before man set foot on the moon, Hannah Arendt wrote about her skepticism of our impulse to leave the challenges of Earth and seek out a new frontier entirely. American reporters and Russian scientists alike, she noted, expressed “relief about the first ‘step toward escape from men's imprisonment to the earth.’”

“Nobody in the history of mankind has ever conceived of the Earth as a prison for men’s bodies or shown such eagerness to go literally from here to the moon,” she wrote. Today there exists not only an eagerness but a multi-billion dollar industry aimed at getting us far beyond the moon. At the International Astronautical Congress in 2016, Elon Musk said the alternative to space travel is to be “stuck on Earth.” At the same event, he promised to have a million people populating Mars by 2050, a claim he repeated on Twitter in 2020. This development, he said, would “minimize existential risk.”

I have spent a significant amount of time trying to understand what “existential risk” actually means, but Musk seems to assume that human beings could solve all of nature’s mysteries if only we were able to shop for groceries on Mars. His statement completely ignores the fact that more astronauts have spoken of a deep sense of existential confusion than their Earth-bound counterparts. The central terror and beauty of being human—the impermanence of life, the essential unknowability of the future—cannot be neatly solved by moving to Mars, nor anywhere else.

There is, of course, a difference between Musk, whose purported mission is to rid us of our existential dread, and the scientists who carefully research the mysteries of the universe. NASA’s $22.6 billion budget feels excessive (even if it is a relatively small portion of government spending), but at least their central project is not to abandon Earth entirely so they can colonize a new planet.

Still, in some ways, it is easy to see why people in 1957 were eager to be blasted into space, and easier still to see why they might want to now. There is a reason, Arendt notes, that “Christians have spoken of the earth as a vale of tears and philosophers have looked upon their body as a prison of mind or soul.” Earth is a dystopian tangle that is tempting to leave, but worth fixing.

Humanity, for all of its shortcomings, might be the most wondrous thing in the universe. It is so wondrous that most people cannot help but believe that it was made by the hand of a divine being. For all the mysteries space promises, there are thousands unsolved on earth—thousands, even, within each individual. Unraveling these terrestrial mysteries would not only satiate our natural curiosity but also improve the lives of the people who actually inhabit this planet.

The 1987 film Moonstruck is best known for bringing together Nicholas Cage and Cher at the height of their attractiveness, but it also, strangely, has something to teach us about literal space travel. At the beginning of the movie Raymond, a grizzled Italian man in his sixties, is reminiscing with his sister, Rose, and her husband, Cosmo, about their courtship, the three of them nestled around a kitchen table in Brooklyn Heights.

“I never told you this ‘cause it's not really a story,” Raymond says. “But one time I woke up in the middle of the night ‘cause this bright light was in my face. Like a flashlight. I couldn't think what it was. I looked out the window, and it was the moon! Big as a house! I never seen the moon so big before or since. I was almost scared, like it was gonna crush the house. And I looked down, and standing there in the street was Cosmo, looking up at the windows. This is the funny part. I got mad at you, Cosmo! I thought you brought this big moon over to my house ‘cause you were so in love and woke me up with it.”

That very night, the moon is as big as the one in Raymond’s story, and it puts a spell on everyone. The viewer imagines the spell will be broken in the morning, and the monotony and struggles of ordinary life will continue. But that’s not what happens. Instead, the wonder of the moon-filled night intermingles with the beauty and banality of daily life. What is powerful about the story is not that the moon literally came to earth, but that Raymond thought it could, through the sheer force of Cosmo’s love.

Real life, right now, seems almost entirely devoid of moonlit magic. Even before the pandemic, there was the looming threat of climate change, rampant economic inequality, and the concerning popularity of fascist politicians. These are not easy problems to solve, but if we tilt our collective gaze back down to the moonlit wonders of Earth, we might find we have the capacity to make our lives much, much better.

Mikaela Dery edits Laid Off NYC's Fashion section. She holds an MA in Cultural Reporting and Criticism from NYU and has written for Bedford + Bowery, Guernica and others. She lives in Manhattan. Get to know her better: @mikidery