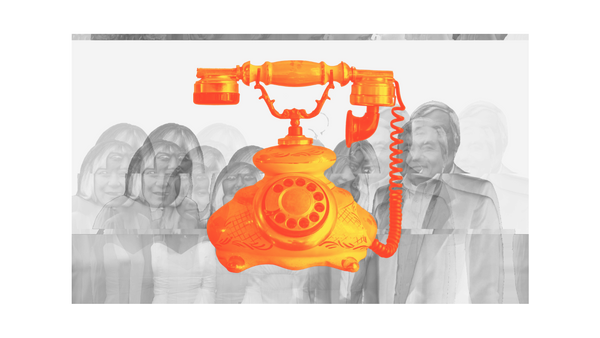 Over a year of pandemic lockdowns have unearthed parts of ourselves long hidden by the repetition and grind of our former lives. In our “Lockdown Listicle” series, writers from around the country (and the world) share what’s changed for them. Want to write about your own experience? Send an outline of your list to submissions@laidoffnyc.com.

Our first list comes from Bay Area writer Chelsea Leu, who writes about her increasingly futile attempts to control the uncertain world around her.

1. My weekly video calls with my parents and twin sister balloon to epic proportions—three hours, four hours. Mostly, my parents and I spend that time trying to convince my sister not to panic. She is recalcitrant. “There are undergraduates everywhere,” she points out, three time zones ahead in her Midwestern college town, “and I can definitely hear them having parties.” She only leaves her apartment to take out her trash and fetch her weekly grocery shipment, and spends the rest of her time doing coursework and pacing around for exercise. My sister is known as the levelheaded one of us two, the one not prone to emotional outbursts and impractical whims. Her paralyzing anxiety, she insists, is rational: there’s so much we simply don’t know about the coronavirus—six feet apart, for instance, is a totally arbitrary designation. One evening, she frets about her neighbors in her small apartment complex because their apartments aren’t airtight. Sometimes she can smell their cooking, so what if coronavirus can also waft in through the cracks around the doors? I Google it for her. The virus is approximately five orders of magnitude bigger than scent molecules, and respiratory droplets—which convey the virus through the air—are four times bigger than the virus itself. I find this conclusive: just because you can smell something doesn’t mean you’re being exposed to infection. But my sister is still worried.

2. It isn’t really about whatever ground truth exists out there but the way we imagine it in our heads. Compared to my sister and my parents (who also haven’t left their house basically since the pandemic started, but are more chill about the whole thing), I lead a fast life of risky behavior and rampant socializing. My boyfriend and I go to Safeway once a week, to doctor’s appointments and the post office. People come and go from our Bay Area apartment without much discussion of where exactly they’re going; one night the place sleeps seven. And yet one Saturday morning I lie in bed crying because I can’t stop thinking about the untrammeled risk of having my boyfriend’s best friend fly in from Texas, which hasn’t had power in three days. I decide to confine myself to my boyfriend’s bedroom. During a Skype from the bed, one of my acquaintances tells me from her tiny town in upstate New York that she’s definitely not planning to get vaccinated. “I don’t think it’ll be that bad if I got COVID,” she says airily. I recognize that she is technically correct, but I still judge her for it.

3. I find myself capable of listening to only one podcast, created by the computer science professor who popularized the idea of “deep work.” Every day, I walk around my neighborhood and listen to him administer tough love to people who write in about their anxieties around Twitter and Facebook and YouTube. Recently, he’s released a special paper planner based on his productivity method of “time-block planning,” which allows the user to “give every minute of your day a job.” I do not buy the planner and do not implement time-block planning in my own life, but I find it obscurely satisfying to think about knowledge workers across the globe cranking through days parceled out into neat chunks of time, each dedicated to its own activity. I recommend the podcast to my sister, and she tells me that it’s become a mainstay for her: she listens to it while she paces around her apartment. She has also begun time-blocking. “It’s an integral part of my schedule,” she says.

4. At some point, I turn my phone to grayscale. This bewilders my mother, who is not in touch enough with the current technological discourse to be anxious about how much time she spends on her phone. “What purpose does it even serve?” she asks. My friend who works at the tech magazine where I used to work merely raises his eyebrows and says, “How virtuous.” I find my newly somber phone neither groundbreaking—there were a whole spate of articles recommending this one neat trick back in about 2018—nor virtuous (as if color were a luxury to be sparingly indulged!). I wasn’t even trying to look at my phone less when I turned it to grayscale. Actually, it was kind of the opposite: one evening, lying around in bed, I had gotten so bored of checking the same unchanging inboxes on my phone that I was tooling around in the settings, the least fun part of any device. But when I toggled the switch and all the color left the screen, I looked at my phone and felt a strange click of alignment, of rightness. What happens on my phone is black and white, in a way: a distortion of the real world, with its shades of nuance and experience that can never fully be captured on a screen. It’s a reminder, I tell myself, of what I should pay attention to.

5. I look at, really look at, my gloriously full-color surroundings and immediately notice a million imperfections. My face, for one thing. It’s covered in blemishes I cannot stop staring at during my endless video calls. I buy serums and liquid exfoliant, pore cleansing oils and charcoal-infused sheet masks. None work better than a giant jug of Cetaphil that goes for about $11 at the supermarket.

6. By the time I discover this, I have moved on to another addiction: home organizing. I spend a blissful Friday evening opening all the drawers and cabinets in my boyfriend’s indifferently maintained kitchen, reuniting sets of measuring cups previously owned by at least three departed roommates. I decant instant coffee pods into a sleek glass container and put all of the Ziploc bags in a dedicated drawer once and for all. The most complicated thing I ever do in the kitchen is cook pasta. And yet I stay up so late thinking about the best way to maximize counter space that I feel like I’ve been possessed.

7. One night, I stare at my boyfriend’s face while we both lie in bed. I happen to find his face piercingly handsome, and I have just been reading a marketing email from one of the many beauty brands I’ve tried, about the way the sun ravages skin. He does not dutifully apply SPF in the morning, as I do, and I start thinking about how his beauty is fleeting, as all beauty is, and I am filled with a sort of grief. It is briefly unbearable that this face in front of me won’t always exist. My happiness, I realize, rests completely on his continued well-being and presence in my life. Struggling to put all these feelings into words, I tell him, “Sunscreen is really important.”

8. My happiness also rests completely on my parents’ and sister’s continued well-being and presence in my life, which is why whenever I read about random, violent attacks against Asian-Americans I feel surges of rage and dread in my chest. We do not discuss these attacks on our four-hour-long family calls. The closest my parents come to acknowledging that America has become a decidedly more hostile place towards people who look like us is when they tell my sister and me, “There are a lot of crazy people out there.”

9. On the same call, my mom wants to know if my boyfriend and I are getting engaged anytime soon. I tell her that I think it’ll probably happen within two years. “Is that a 100 percent sure thing?” she asks, and I say, in my loftiest voice, “Nothing in life is 100 percent.” And then I feel like a presumptuous idiot, telling my own mother an obvious fact of existence as if it were rare wisdom. Because the inescapable truth is that so much of my own life this past year has been about exerting control over fundamentally chaotic things: my time, my surroundings, my own body, the outside world. And I still can’t tell whether that yearning to control is an unhinged fantasy or the only thing keeping me sane.

Chelsea Leu is a writer and critic living in the Bay Area. She’s a book reviews editor at The Rumpus and has written for The New Yorker, The New York Times, the San Francisco Chronicle, The Believer, Bookforum and others. Get to know her better: @ChelseaLeu