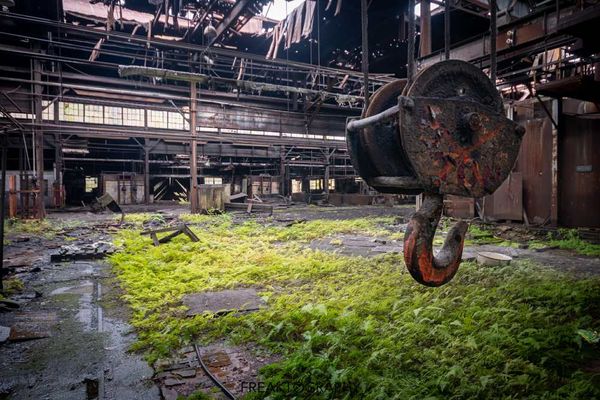 It’s a warning shot that echoes throughout the developed world with increasing frequency and concern. Leading policy experts of all stripes—from Robert Reich, the social democratic former U.S. Secretary of Labor, to the free market true believers at the UK’s Adam Smith Society—use different colors to paint the same picture of the future: we are reaching a tipping point. Continuing advances in technology will automate much of our existing work, resulting in mass joblessness in fields beyond the already-desecrated manufacturing sector. In order to quell the problems that will no doubt arise from widespread job loss, many economists have determined that countries will need to institute a program of universal basic income (UBI), untethered from labor, to support their citizens’ livelihoods.

This argument is parroted in the private sector, too. Some of Silicon Valley’s most notable figures—the good (Salesforce CEO Marc Beinoff), the bad (Elon Musk and Mark Zuckerberg), and the totally crazy (venture capitalist and bitcoiner Tim Draper)—see UBI as a necessity in the near-future. In the realm of elite thought leaders, the concept has become ubiquitous; the discussion has moved beyond why it should be implemented to how.

While UBI pilot programs have been tested in America, the idea did not gain widespread stateside recognition until Andrew Yang’s bid for the 2020 Democratic Party nomination. Yang, a tech entrepreneur himself, ran a novel campaign centered around the concept, presenting it as the best solution to the current and looming threats of wage stagnation and automation. According to Yang (and most automation theorists), the unstoppable march of technological progress has two sides. On one hand, advances in technology are the primary causes of job destruction, as machines have become more efficient and less expensive than human laborers. On the other, these same technologies have led to a stupendous increase in capitalism’s productive capabilities and could generate enough wealth so that everyone could feasibly live comfortably. UBI, in their eyes, would ensure all Americans’ basic needs are met while not interfering with the awesome processes by which this wealth is created. To Americans living with sky-high rents and debts, in an era of insufficient incomes and public services, the idea of receiving a free check for $1,000 in the mail every month is enticing, to say the least.

Marxist economic historian Aaron Benanav is more skeptical. He’s not opposed to giving people free money, per se, but he doubts the viability of the UBI programs advocated by Yang, Big Tech, and liberal think tanks. In his most recent book, Automation and the Future of Work (Verso, 2020), he argues that the foundational economic assumptions of the most prominent proponents of automation are backwards. Automation theorists believe that an accelerating pace of productivity has been the main reason for the decline in labor demand. Automated tools and computers are taking our jobs because they are getting exponentially better at them than we are. In Automation, Benanav flatly refutes this. Productivity has increased in recent years, but at a much slower rate than it did during the post-World War II manufacturing boom. The declining demand for labor, he claims, is caused primarily by the worldwide stagnation of economic growth since the 1970s.

Benanav constructs a domino-like argument that builds on Robert Brenner’s influential “long downturn” thesis: With more countries industrializing, competition creates an oversaturated market, and profits subsequently decrease. As profitability declines, so too does investment in fixed assets, like buildings and machinery, which previously drove economic growth. For instance, in France’s manufacturing sector, productivity grew 5.2 percent on average annually from 1950 to 1973 but was nearly halved from 2001 to 2017. Yearly output rates, however, have fallen even more rapidly—the same French industry saw annual output growth decrease from 5.9 percent to 0.9 percent during the same time frame, leading to a decreased demand for labor.

According to Benanav, economic output will keep declining worldwide because no sector has emerged in post-industrial countries that can replace manufacturing’s uniquely productive capabilities. Today, jobs in America’s ascendant “sun belt” do not generate the same economic stimulus that post-war domestic manufacturing did in the moribund “rust belt.”

“Instead of a reallocation of workers from low-productivity jobs to high-productivity ones,” he writes, “the reverse takes place. Workers pool in low-productivity jobs, mostly in the service sector.” Service jobs, hallmarks of mature economies, might be less susceptible to automation, but they pay little, generate low growth, and are highly precarious due to their lack of labor protections and dependency on the business cycle.

The flooding of workers into the service sector and other unstable lines of work under the pressure of worsening economic conditions leads Benanav to define our era as one of widespread underemployment, not unemployment. Workers typically lack the reserve finances that would allow them to live for a time without a steady income. If they lose their job, they must scuttle to find a new one. But since many of today’s jobs barely provide sustenance, the underemployed find themselves double bind. Benanav convincingly explains that shitty jobs are a feature of, not a glitch in, contemporary capitalism. Simple cash transfer policies like UBI are inadequate responses to a deep, structural problem.

Throughout Automation, Benanav is driven by a concrete purpose: to explain to non-economists that our global growth engine is in a downward spiral, and that this is the main reason there will be fewer well-paying jobs in the future. He acknowledges that the automation theorists are not entirely wrong. In a slow-growing economy, advancements in technology can lead to job destruction. But by using easy-to-understand data and non-academic language, he persuasively argues that this is a secondary effect, the primary problem being economic stagnation.

Automation provides a thorough explanation for the decline in global demand for labor over the past fifty years, but it does not chart a specific path out of stagnation. Its analysis leaves no questions unanswered; its plan for a better future leaves many. What Benanav is sure of, though, is that attempts to reform society through UBI or Keynesian deficit-spending will fail because capital will retaliate by ‘going on strike,’ withholding new investment in the economy until desired policy outcomes are attained. He cites Sweden as an example. Starting in the 1970s, when post-war capitalism’s decline began, Swedish firms forced the state to scale back its welfare programs or else be punished by disinvestment. Not accommodating capital’s demands would have precipitated an even larger economic crisis, and thus began the long rollback of Swedish social democracy. In the ‘70s, working class organizations were more powerful, and economic growth more expansive, than today, making the chance for reform in the 2020s even less likely.

Cash transfer policies could play a role in guaranteeing a better future. Benanav’s gripe with UBI and its supporters is not that money is being given to people directly, but that its logic fails to account for our perpetually declining economic system. UBI’s apostles preach a gospel of accelerating growth and productivity that will provide the resources for all of us to live dignified lives, but Benanav argues that this vision is false. Even left-wing proponents of UBI who envision it as a supplement, not a replacement, to a welfare state, fail to confront the fact that in a global economy marked by overcapacity and slowing growth rates, capital will not accommodate much reform.

Automation’s final chapter reads like a combination of a TED Talk and a utopian children’s story—not a bad thing, given Marxism’s history of impenetrable texts. With starry-eyed innocence, Benanav fantasizes about the prospects for freedom and collaboration that would become part of the normal fabric of daily life under a more inclusive economic system. He reminds us that it is of utmost importance for the masses to demand better standards of living and go after the “conquest of production”—essentially, a gentler call for “workers of the world to seize the means of production.” This would “wrest the power to control investment decisions away from capitalists,” and is the only way to neutralize the threat of capital strike, he writes.

The only way working people can dictate their own future is to organize en masse and assert their own interests against capital’s. This objective must be at the core of any politics looking to usher in a just, post-scarcity future. In a time when the majority of U.S. senators don’t seem to understand the difference between government and household debt, this might seem like a ridiculous fantasy, but as Benanav identifies, no “pragmatic” solutions have yet succeeded in making our world more hospitable. Drawing on his love of utopian science fiction, he asks us to dream big.

Andrew Yang has yet to win a primary for elected office, but his presidential campaign garnered a surprising amount of support from young people worried about a precarious future. Yang’s political image was once inseparable from UBI. During his presidential run, he seemed to sincerely believe it was the best way to alleviate economic discrepancies. Yet in this year’s Democratic primary for the New York City mayor’s office, he scaled back his ambitions significantly. Instead of promising $1,000 each month to all adults in the city regardless of economic status, he offered a measly $2,000 a year to the 500,000 New Yorkers most in need. As it became clear that Mayor Yang stood for much less than President Yang, his poll numbers plummeted; in the end, he finished fourth in a primary that was once his for the taking.

In America, the allure of free, disposable cash runs deep. Given the national interest in Yang’s original vision—and the public approval of the COVID relief checks issued in April 2020 and January 2021—the demand for cash transfer policies will probably be a fixture of U.S. politics for years to come.

But in Automation, Benanav shows that technocrats pushing a quick fix to a long-broken system are false prophets. Their ideology would only provide a bandaid for the wound global capitalism continues to deepen. Automation theorists, Benanav acknowledges, generally act with good intentions, hoping to “transform [the world] to create generalized human dignity.” The problem is that they start their analysis in a fully automated world rather than working backwards from a fully dignified world. He does not claim to have the answers (outside of a vague gesture toward abolishing private property), but he provides clear insight into the conditions that will need to be confronted. Workers must first understand the playing field before organizing, and Automation succinctly defines the rules of the game.

Andrew Burton is a freelance writer from Toronto, currently based in Lower Manhattan. Get to know him better: @fixin2die