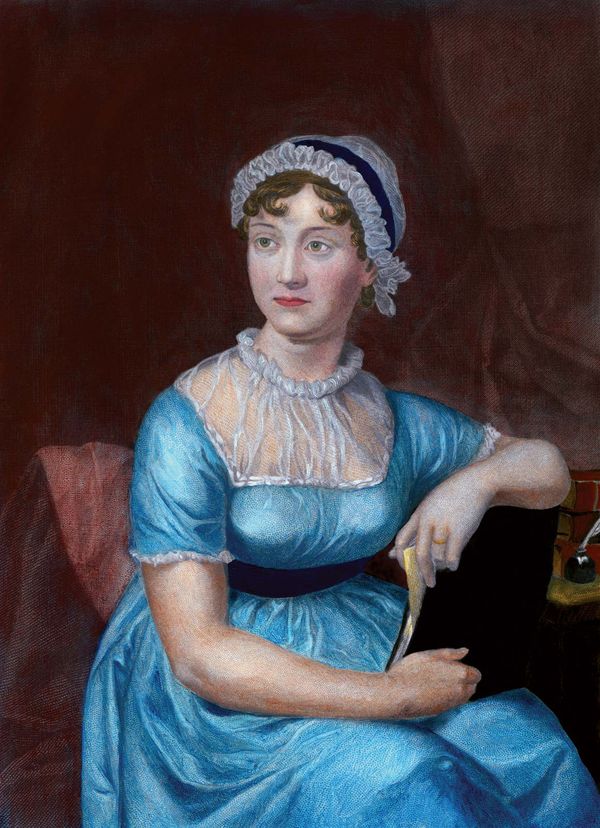 If Jane Austen were writing today, how would her books be marketed? If you purchased one on Amazon, would their algorithm recommend you romance novels or heady classic works of literature? In The Sublime Object of Ideology, Slavoj Žižek compares Jane Austen to Hegel: “it is Jane Austen who is perhaps the only counterpart to Hegel in literature: Pride and Prejudice is the literary Phenomenology of Spirit; Mansfield Park the Science of Logic and Emma the Encyclopaedia.” I mentioned this throwaway line to a friend of mine, a fellow admirer of Austen. His response: “Wait, Žižek likes Jane Austen?”

But why should he be surprised? Outside of academic contexts in the United States, Jane Austen is rarely presented in high schools or in the media as an avant-garde visionary, as a vituperatively derisive social commentator, or even as an intellectual. Instead, she is presented as “charming”—a writer whose main claim to fame is perhaps her gender. In fact, a whole culture has sprung up around the English novelist (and the film and television adaptations of her novels) that has cast a gendered aura around her writing. One can peruse Pinterest boards devoted to Jane Austen wedding ideas or listicles revealing how to throw the perfect Jane Austen garden party. The 2007 romantic drama The Jane Austen Book Club depicts a group of women who assemble to read all of Austen’s novels, each of which offers wisdom in their romantic lives and respective pursuits of a dream man.

In a 2018 New Yorker article on Austen, Louis Menand wrote: “Today, there are two Austens…the recreational reader’s Austen and the English professor’s Austen. For the recreational reader, the novels are courtship stories, and the attraction is the strong women characters who, despite the best efforts of rivals and relations to screw things up, always succeed in making the catch. ‘Boy meets girl, girl gets boy’ is the bumper-sticker version.’”

Think pieces are published every so often arguing whether or not Jane Austen should be read as a feminist. Some claim that the distinction is anachronistic while others insist upon her status as a “protofeminist”—as if the merit of a female artist depends entirely upon how her ideas about gender compare to our contemporary ones. Other articles attack Austen-avoidant men for their latent sexism, blaming their distaste for traditionally “feminine” literary genres on the patriarchal assumption that feminine concerns are trivial. But who can blame them, when books and Netflix series like Bridgerton create a market of consumers who crave Regency-Era narratives that have been reduced to straightforward celebrations of the romance and sexuality of wealthy aristocrats, stripping the source material of all its irony, social critique, innovation, and philosophical engagement.

The first time I read Austen was in ninth grade. I, like almost every other boy in my class, loathed being forced to do so. Classes devolved into a state of rebellion. A faction of boys announced that they refused to do the reading because it was boring and a waste of time.

The whole fiasco eventually came to a head when the principal was summoned. I’ll never forget him sitting on a desk in front of the class, arms crossed, glaring at us in silence before saying, “You’re all a bunch of pathetic sexist children who need to grow the fuck up.” The factious males were silenced but remained convinced that reading Austen was a worthless and unenjoyable endeavor for any man.

It wasn’t until eight years later that I got a first inkling that Austen was remarkable for more than just being a female author when female authors were rare. In high school, discussing Austen merely consisted of tracking the protagonists’ love affairs chapter by chapter. But the college professor who assigned Pride and Prejudice to my class helped me see that a caustic social commentary existed beneath its romance novel façade, dripping with irony and demanding the reader’s complicit cruelty in mocking its heroines and heroes.

Virginia Woolf once said of Jane Austen: “I would rather not find myself in the room alone with her,” and Lionel Trilling dubbed Austen an “agent of terror” in reference to her ruthless and unforgiving eye for scoping out her subjects’ hypocrisies and moral failures. The few letters of hers that survive reveal a clever and wise misanthrope eager to expose the stupidities of every person she meets. She even jokes about the death of a recently married neighbor’s baby, a grand departure from the “charming” and love-loving Austen that has become her pop culture persona.

Beyond being a good storyteller, Austen’s technical innovation of free indirect speech—a form of narration that is ubiquitous in novels today— demonstrates her avant-garde approach to form. Her social observations reveal her to be a hilarious and brutal satirist, capable of eviscerating the English aristocracy and the pseudo-gentry that surrounded it through an unrivaled deftness for sarcasm and dark humor. The themes of her books show her to be an author preoccupied with theology, epistemology, and psychology, as well as the ideas of Romanticism and Idealism that were being explored at the time in philosophy and poetry.

Why then does our culture insist on reducing her to the tea parties and weddings that make up the manifest content of Austen’s novels? Why is so much of our little intellectual engagement with her books solely preoccupied with her participation in some form of protofeminism?

It strikes me as inherently misogynistic to read Austen purely at face value—as a charming, perhaps clever writer, but never a complex, deceptive, innovative, or profound one. Sexism tends to underpin most knee-jerk dismissals of Austen’s work, but there is also a certain condescension in the way Austen is marketed and celebrated in mainstream culture. The way the American media industry and education system has packaged and sold one of the English language’s most ironic and philosophically-minded writers has left us with an Austen that is unintellectual and sincere to the point of being two-dimensional. Thus, Americans have a writer who is odious to people who dislike romance novels but who would be considered on the level of Shakespeare or Woolf if given a proper, non-reductive reading. If directors and producers decided to venture beneath the surface of her work, many people who are comfortable in their assumptions about Austen might realize that they had been wrong about her all along.

Scott Fischbein is a writer living in New York and co-edits Laid Off NYC's Visuals section. Get to know him better: @FermishtK