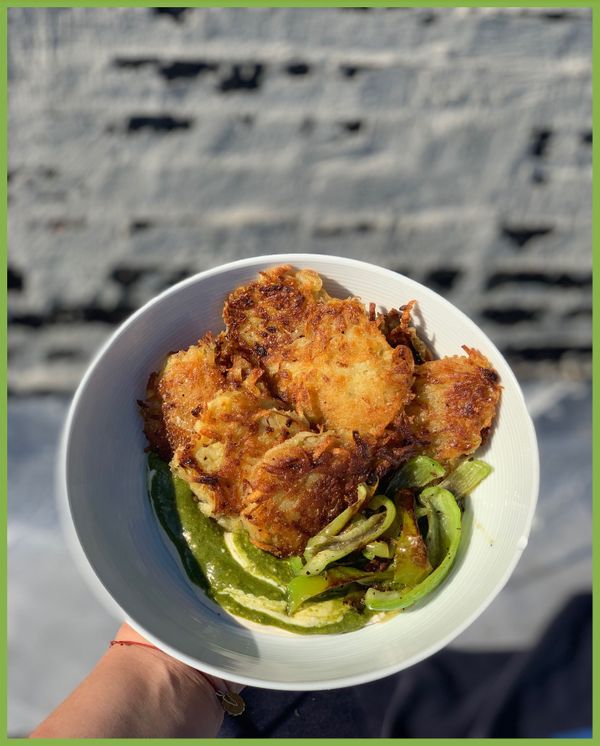 A boy once gave me a book called One Hundred Years of Solitude. He and I had met during my senior year of college while I was working as a barista at his brother’s coffee shop. I had opted to postpone my spring semester and complete the remaining credits that coming summer while studying abroad in Spain. Since I wasn’t in school, I was working nonstop. You could find me at the top of Providence’s Wickenden Street; often hastily preparing avocado toast and pouring the city’s most popular nitro cold brew coffee into guests’ reusable cups. The aforementioned boy, an avid reader, would regularly sit in the cleverly designed nook his brother had cut into the wall directly opposite from my workstation. For hours, he’d devour books, stopping only to help the staff or to entertain his nieces if they stopped by. I asked if there was a book he could lend me– one that would keep me busy during my months-long European sojourn. A few weeks later, I sailed across the sky, my borrowed novel in tow.

Ultimately, I’d leave the book – and the boy (for the most part) – behind me. Before I could digest the thought of returning home, I was back in Brooklyn with no idea what my life would look like or where it was going. Yet, I’d continue to put one foot in front of the other. If all things come to those who wait, I figured I’d make do with the scraps. If I stumble, learn, and grow along the way – even better. When life requires you to dive head first into ambiguity, there are two options: act-out life through projected fantasy, or take it in stride.

It’s been about three years since then, of which I’ve spent the last thirty-five days and counting inside. My head is still half-cocked toward the future, whilst vivid memories project onto the walls of my mind. My apartment is clean, dishes done, cats fed, and coffee drunk. There’s no end in sight, nowhere to go, and infinite hours to kill. In a world so confined, we are looking for an escape now more than ever.

At least that’s how I felt this past week when I found myself halfway between my mother’s ever-present worrying and my sister’s impending thirtieth birthday. I was just about to throw in the towel when an image came to mind. The dish presented itself when I least expected it, popping up like a Whack-A-Mole, asking me to catch it in time.

Besides, much of last month’s grocery haul would soon be considered compost. Not to mention, with Passover just barely behind us I hadn’t been able get latkes off my mind. The dish came together quickly. I cleaned, peeled, and passed a large Russet potato through the big holes of my box grater. A small onion was given the same treatment. Both were combined in a dishtowel and wrung out over a bowl, juices reserved. Then, I spread the potato and onion mixture out on a sheet tray to dry for a few minutes. Meanwhile, I beat a large egg yolk in a spacious bowl and seasoned it with salt and pepper. Then, I poured about 1/8 -inch of canola oil into a large cast iron skillet and turned the heat to medium. I added the potato and onion mixture, along with one tablespoon of rice flour, to the bowl containing the beaten egg. I mixed it well, drizzling in a bit of the reserved juices to keep the mixture moist, but not saturated. Then with clean hands, I smashed about two tablespoons of the mixture between my palms, both releasing excess liquid and flattening the mixture into a thin patty. I placed it into the hot oil, cooking 4 minutes on each side, and smashing each latke flat with a metal spatula after each flip. I repeated this process with the remaining mixture, leaving 1 inch between each latke. Once a beautiful golden brown, I removed the latkes from the oil, placed them on a wire rack and sprinkled them with sea salt. I wanted to stop everything and eat them all right then and there. But a latke served alone is barely a latke at all. No condiments? Not a single accoutrement? Absurd.

Granted I could happily eat an unaccompanied latke, but just because you can doesn’t mean you should. Fried potatoes are naturally agreeable, and I have no qualms about playing matchmaker. I quickly spun together dethroned culinary It-Girl Alison Roman’s lemony tahini yogurt sauce with last week’s Genovese basil pesto (picked up from LaRina in Ft. Greene). At some point, an Italian pepper joined the mix. It was the best party I’d been to in weeks.

Lucky for me, it was the perfect spring day. I stepped outside, my creation in hand. The sun and breeze enveloped me like a warm and much needed hug. Surely with weather this lovely, we could not be in the midst of a global crisis! I closed my eyes and went away for a while. I willed my surroundings to fit my mental rendering– my roof: a beach in Spain, my towel: the soft powdery sand, the puddle from this morning’s rain: the ocean, and each leaf rustle: a wave crashing. Evening was descending, and each ray of the tired sun was bouncing off the windows across the way. Every shadow was stretching to its maximum length before disappearing entirely. I snapped a picture of my bounty in the graceful golden light, and then sunk my teeth  in to the sound of crispy crackles. With each less latke, the sun took back one degree of warmth. Tomorrow, I’d wake to another day of uncertainty and boundless opportunity.

Lad, life, or latke, the journey is not always a straight course.  The truth is, no one knows what path they’re on, and to be honest, there’s nothing less exciting than following an itinerary. So throw your map out the window and forge your own road. Getting lost is half the fun.

To make these latkes yourself, see below! Snap a photo and tag us on Instagram to be featured on our Stories @laidoffnyc .

1. Place a box grater over a dishtowel on a cutting board. Being mindful of your knuckles, pass the potatoes and the onion through the large shredding holes (you may also use a food processor fitted with the grating attachment). Over a small bowl, gather the towel around the shredded mixture and twist tightly to release the liquid. Set the liquid aside.

2. Unfurl the towel. Place the towel on a small sheet tray and sprinkle the shredded potato and onion over the towel in one layer. Set near an open window to dry out, 5 minutes.

3. In a large bowl, scramble the egg yolk and season with salt and pepper.

4. Place a 10-inch cast iron skillet on your stovetop and add the oil (should be about 1/8’ high). Turn the heat to medium. When the oil is shimmering and moves about the pan quickly, it is ready for frying.

5. Meanwhile, add the dried potato and onion to the bowl containing the egg. Add the rice flour and mix thoroughly. If the mixture becomes too dry, add a dash of the reserved liquid to moisten. Do not add so much that the mixture is leaking any liquid.

6. With clean hands, place about 2 tablespoons of the mixture in your palm. Working over a bowl (or the sink), use your other palm to squeeze out any remaining liquid, whilst also flattening it into a thin patty.

7. Place each latke into the pan about 1-inch apart –– the oil should sputter and bubble. After about 4 minutes, or when the bottom is golden brown, flip the latke over, smash it flat with a metal spatula, and cook about 3-4 minutes more, or until golden brown. Move to a wire rack (placed on top of a sheet tray to catch any dripping) and season immediately with sea salt. Devour fresh out of the pan, or pair with Alison Roman’s Lemony Tahini Yogurt Sauce (see below) and basil pesto (I got mine from Ft. Greene, Brooklyn’s neighborhood staple, LaRina Pastifico & Vino). This Genovese basil pesto recipe from Bon Appetit is reasonably close to LaRina’s: BA’s Best Pesto.

In a bowl, combine the labne, tahini, and lemon juice, and season with salt.

Check back next week for another COUNTER SPACE feature and more recipes. Email us at contactus@laidoffnyc.com and let us know what you’d like to see more of on MUNCH!

Get to know Madeleine better, @thegruderkitchen for all her latest culinary endeavours. 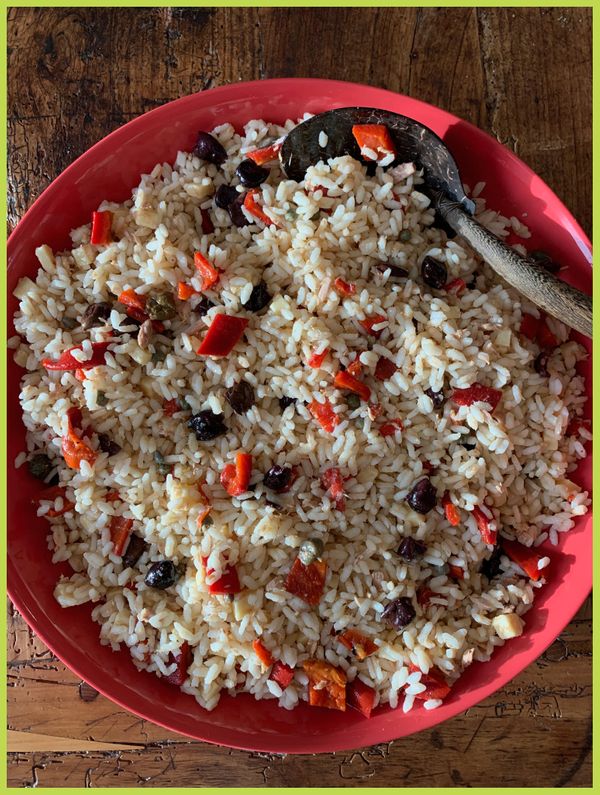 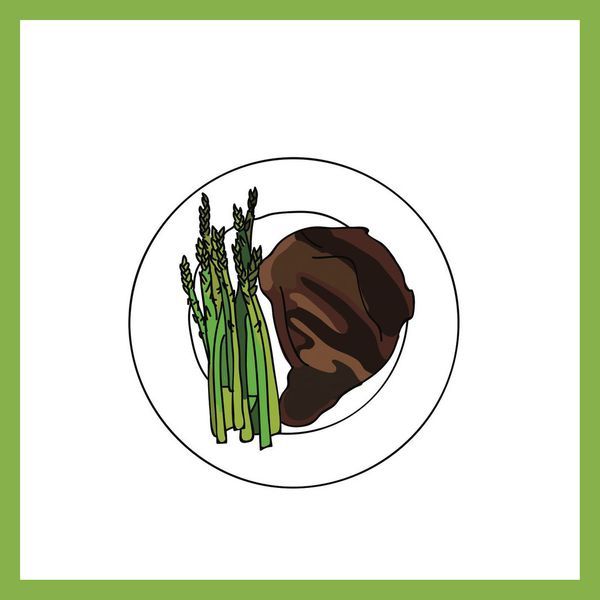 A Steak Dinner is a Fucking Party.