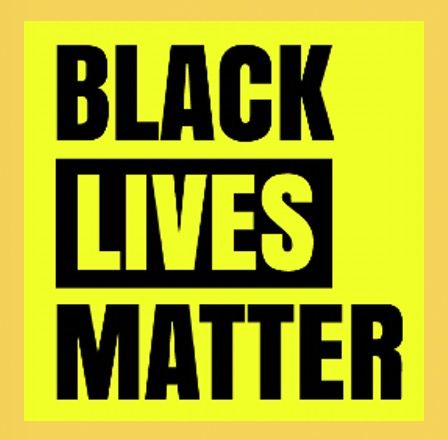 It’s hard to process the monumental injustice of what happened in Minneapolis only a couple of weeks ago on May 20th. This was the cold-blooded murder of another black man – George Floyd – at the hands of yet another police officer. But George Floyd’s death was not an exceptional case – the only exceptional feature of the incident was that it was so visibly caught on film by those present at the scene, and that the videos captured were then so widely disseminated on social media in the days that followed. In 2019, US police killed 1,099 people. 24 percent of those killed were black, despite black people making up only 13 percent of the population. Black people are 3 times more likely to be killed by police than white people, and it is 1.3 times more likely that an unarmed black person will be killed than an unarmed white person. 99 percent of all police killings in 2019 have not resulted in officers being charged with a crime.[1]

[2] There is absolutely no question that the US police force is systematically racist. There is absolutely no question that the wider institutions of the US justice system are systematically racist. There is no question that capitalism, as a system of economic relations which necessitates deep structural inequalities and thus mandates the reproduction of ‘group-differentiated vulnerabilities’, is racist. In the UK, where I live, we often like to imagine that we live in a much fairer, much less racist country than America; we certainly have fewer instances of unequivocal police murder to contend with. But our justice system is just as riven with racial and social inequality. In Britain vulnerability to premature death is similarly marshalled to deepen and extend relations of oppression.

I am white and I live in London, not America, so I do not feel that it’s my place to write a lengthy piece about George Floyd’s murder, or the outpouring of grief and rage and collective effervescence that is sweeping across many cities throughout the US. I can only offer love, support and solidarity to all those protesting, and encourage anyone who reads this to donate to George Floyd’s family  https://www.gofundme.com/f/georgefloyd, or any of the organisations fighting for racial justice listed here: https://blacklivesmatters.carrd.co/#donate

If you are able-bodied and not in danger of police brutality, get out there on the streets, make yourself seen and heard. Demand justice, demand system change.

In the meantime, here are some words from some radical authors much better placed to comment on racial injustice in the US than I am…

From Ruth Wilson Gilmore’s essay ‘Abolition Geography and the Problem of Innocence’, which appears in the same collection.

From Cedric and Elizabeth Robinson’s essay, ‘Ferguson, Gaza, Iraq: An Outline on the Official Narrative in “Post-Racial” America’, which is freely accessible here - http://www.commonware.org/index.php/cartografia/452-ferguson-gaza-iraq-outline.

Unfortunately, Robinson’s Black Marxism is now pretty hard to get hold of in print (on Amazon.co.uk it sells for between £40 and £70). But I have a PDF which I will happily send to anyone interested, just message Laid Off on Insta if you want it! Don’t forget to donate!!