Wandering in all directions of this earth 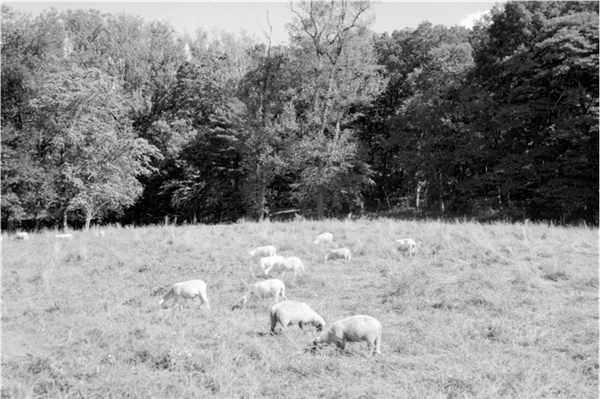 Words and photos by Loisa Fenichell

The following poems are from a manuscript I put together at the beginning of the summer. The manuscript consists primarily of poems such as the ones below: prose poems labeled "Scene," followed by roman numerals. These poems are paired with photographs I've taken. Putting together this manuscript, I drew on Virginia Woolf's The Waves, which is—as Woolf herself put it—a "prose-poem-play," not a straightforward novel. In other words, since reading The Waves, I have been drawn to works that are hybrid in nature. The majority of the poems in my manuscript do not have line breaks. Rather, they work to blur boundaries between various forms of writing: prose, play, poem. My photographs reinforce the hybridity of the collection.

I’ve tried the music. The sounds of thoughts in my head. That the earth spins like staring into treetops. I’ve whispered into the rustling fabrics of my dresses. Those feelings of betrayal told of to no human. I need somebody to tell me I’m alive as the whistling train tumbling through the mountains that perimeter this town. I’ve seen the ocean before, yes, but never the body who drowns. I’ve listened to you tell me of your desires. I only want for you to desire to hold me. Though I may be shaped and feel like metal. Though my edges are sharp as electricity. Though I have left this city, my city still carries me, weighted and chosen as the fog.

It’s exhausting, meaning the word. When dinner comes, I carve into a slab of meat as though it were an ocean. During a first romance, through bathroom walls made of thin wrapping paper, I listen to a strange man cry and think of scarcity. I can think up thousands of ways to say I am not here, nor climbing mountains with legs sore as rock, nor playing during thinner evenings in the back of the elementary school, where I first learned that the world would be lonesome as the radio station the families in this town forgot to listen to. It’s this you should know, that I’ve been writing on the lonely and blue spans. The blue spans and those who were with me all my life are now so scarce and so witty. Oh, to all my days! Which stretch out before me like the wooden clock in the non-existent basement. When the leaves fall, I think them to be birds. When the grass grows, it is timely. I exist in my worldliness never to satisfy. But to think that some morning I might be the bones that howl outside of the cemetery like stray animals.

The transparency of damage. A hammer crashing into somebody else’s knee like a bird claw. Cruelty enters as such. Grey as the bone of a seagull. The way the seagull’s skeleton folds over, in search of food even after its demise. The world hums, giving me a sharp throbbing of the head. A low, greenish sort of ache. Mornings like these I bite into my cuticles. Send you photographs of the holes the bites leave. My ancestors ache in their graves at the ways I attempt to romance. Nights thrash about like widows during the walks I make across my hometown. Through windows I peer into soft lights: a mother cuts into a slab of counter’s meat. She desires to feed her children so well. The blood pools along the counter’s edges like a mirror, which can also cut, reflective, sharp and uneven.

This lonely, mistaken sense of time remains true even in winter. In December I feel myself multiplying. Robbing banks of their snow. I have this impulse, to appear splayed out on the ground, looking up at the sky as though I have never before seen a sparrow. I learn that the most triumphant way of being is to stay very still. This I am forever working to comprehend. I cannot relate to the desirous pause the cold weather brings about. How the dawn in January stretches out like the journey from New York to California. In the kitchen, flour stains my bones. Elsewhere, imprints of who I love are left out in shadowy fields. I no longer wish to discuss this pain. How you moved in riddles on top of me.

It’s the seclusion that does it. Why I walk long paths for the vigor of all hours. To have no responsibilities but to still stay so devoted to time. My favorite instance of moon was standing underneath with you in Rhode Island. We travelled to Rhode Island from New York, the journey a plague. I was absent because the city had left me. Because the city had left me wringing out my hands in the bathroom sink, its edges white as clam shells. When I lost you, I wonder if I’d been afraid of my bedroom’s shadows. I continued to shine pavement outside of my apartment, marveling at the dirt in its cracks, marveling at the violence of vanishment.

Loisa Fenichell is a poet, critic, and student currently attending Columbia University’s MFA Poetry program. Her work has been featured or is forthcoming in Poetry Northwest, Guernica Magazine, Tupelo Quarterly, Palette Poetry, Narrative Magazine, and elsewhere. “Wandering in all directions of this earth” was selected as a Tupelo Press Berkshire Prize 2021 finalist. Get to know Loisa better: @loisa_fenichell