Men Will Literally Leave Society Before Going to Therapy 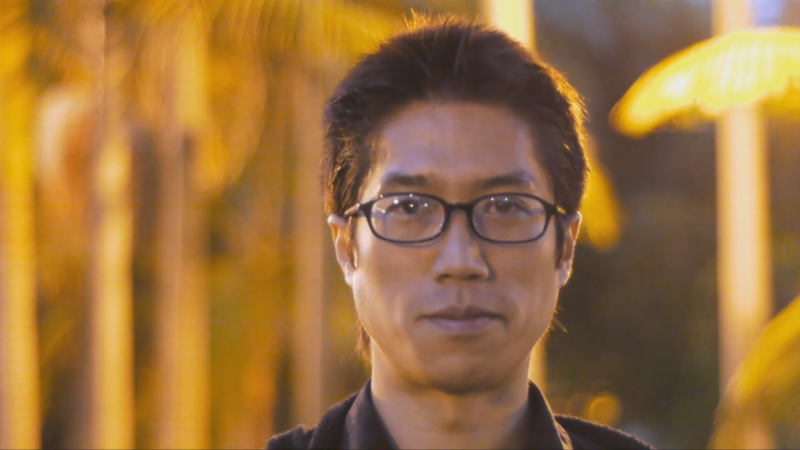 Leave Society is about growth, which Tao Lin prefers to call “recovery.” The narrative picks up where the autobiographical chapters of Trip, Lin’s nonfictional 2018 book, left off. In Trip, Lin describes taking mushrooms, receiving a message from the mushrooms to “leave society,” destroying his laptop, and discovering the work of Terence McKenna. In Leave Society, Lin’s stand-in protagonist, Li, is recovering from the effects of environmental toxins, radiation, drugs, existentialism, cynicism, and himself. Li consumes marijuana and LSD, argues with his parents, and makes gradual progress toward health and happiness. In the end, he meets a woman named Kay and they decide to move to Hawaii, depicted as a paradise outside of history (and society). A blissful, or at least better, future is implied: and they lived happily ever after.

Lin is the most famous castaway of the shipwreck of Alt-Lit, a movement of very-online writers that peaked in the early 2010s. His 2013 novel Taipei was the scene’s major hit, refining the affectless affect that would come to define his style. Alt-Lit fell apart shortly afterwards, following allegations of assault and grooming against several of its leading figures; Lin himself was accused of predatory behavior in 2014. Trip and Leave Society are his first narrative works since then.

In the context of Trip—and despite Lin’s reputation as a stylistic provocateur––Leave Society takes the shape of an auto-fictional bildungsroman: alienation, growth, ultimately finding a way to live in the world. Like Thoreau, Li wants to escape “over-civilization,” but—Hawaii aside—his Walden is more intellectual than literal. Repulsed by “matter,” by “inflamed, deformed bodies and the ad-covered, polluted outdoors,” Li is drawn toward the “friendlier dimension of the imagination… into beds, books, computers, fantasies, dreams, memories, and art.” Li’s trip is a journey outside of mainstream thought.

Why, then, is it presented as a “recovery”? The two thinkers whose ideas dominate Trip and Leave Society are, respectively, McKenna and Riane Eisler. McKenna’s focus on “wonder and awe,” and the ability of psychedelic drugs to induce them, inspired Lin to leave behind the bleak cynicism of his early works. McKenna’s interest in deep time leads to Eisler, whose book The Chalice and the Blade presents human history as a struggle between the divine feminine and the violent masculine, and locates the moment when it all went wrong at about 6,000 years ago, when goddess worship and matriarchal “partnership societies” were supplanted by masculine, “dominator” systems.

The “recovery” framework comes from Eisler’s utopian vision of prehistory. Li’s illness—physical and spiritual—has been a lifelong condition. When he was young, his lung collapsed over and over again. He has “suspected since middle school that he was constantly being poisoned and/or that he was cursed.”​​ The implied return of a “recovery” is directed at an imagined past, not a real one. From his research, Li learns that today’s toxic culture has been preceded by “at least five millennia of partnership civilizations.” This realization, he reflects, changes the novel’s “theme from ‘confused struggle in a grim world’ to ‘recovery toward a former harmony.’” This lost utopia is the matriarchal, partnership society described by Eisler—and the North Star of Li’s journey.

Toward the end of the book, Li reflects on “all the times in the past four years that he’d recovered from wanting, for seconds to weeks, to hide and whimper, to abandon complexity and novelty and drift into another drug phase and/or bleak novel.” It’s hard to understand what is more complex about Leave Society than Lin’s other work. It is less bleak and more positive,  but the breadth of its intellectual concerns leaves little room for complexity. Li’s embrace of the partnership/dominator framework lets him neatly externalize and resolve his lifelong malaise, the source of the book’s central conflict.

The desire for complexity is more McKenna than Eisler. A “central, vital, exciting” aspect of McKenna’s thinking, according to Lin in Trip, is his refusal to believe anything. Belief, according to McKenna, is a “self-limiting” force, because any strongly held belief precludes you from considering its opposite. The best moments of Leave Society embody this open-minded, playful apprehension of the nature of truth: Li’s reimagining of death as “a subtle, dimensional teleportation to a realer place;” or his description of “microfireflies,” “swarming dots of light” that could be anything from pesticide particulates floating in the air to “the overmind… helpfully disassembling toxins into atoms and light.” To ask whether Li believes sincerely in an “overmind,” or whether Lin does, or whether he expects us, the readers, to, is beyond the point: the acknowledgement of possibility, the disavowal of cynicism, is enough.

Despite its stultifying message, which is maybe more heavy-handed than Lin intended, the book has moments of beauty, sensitivity and humor. Lin’s deadpan prose style is compelling, as it always has been. The scenes between Li and his parents are sensitive, the dialogue oblique and intriguing, translated literally from Mandarin in a way that suggests Hemingway’s word-for-word transcriptions of Spanish in A Moveable Feast. And the zany, conspiracy-courting attitude of the novel is pleasantly zeitgeisty, like Magic Mountain for rent-burdened Brooklyn creatives.

At the novel’s conclusion, Lin is blissfully in Hawaii with Kay. They are with a dog that she has named Lemoncake. Lemoncake seems to indicate a small plant on the roadside and, in the final line of the novel, Li plucks a leaf from it. These are the values of Lin’s novel at its best: curiosity, openness, whimsicality. Make space for wonder and awe, the ending seems to suggest, and keep a close eye out for the truth—it could be revealed to you at any time, by anyone: human, dog or otherwise.

Cody Siler is a writer based in Oakland, CA. Get to know him better: @soup_pics

*Lead image: Still from “Tao Lin: How to Draw a Hamster,” a short film by Graham Kolbeins