Songs of Fall, Vol. 1: Another World 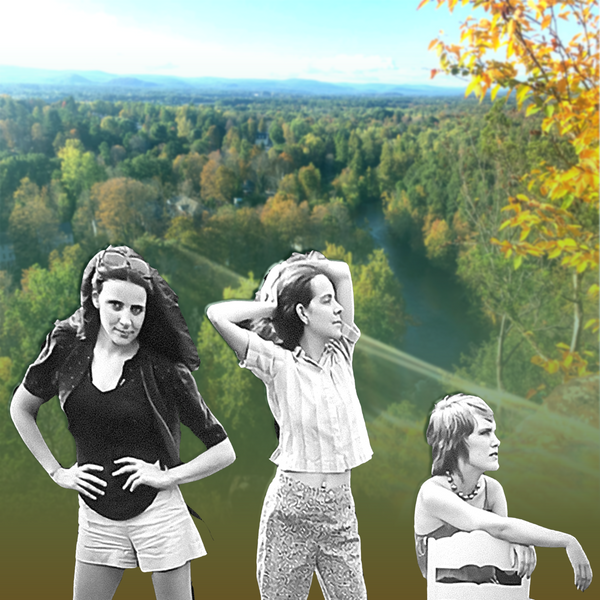 As many of you may have noticed, we haven’t posted our usual Favorite Music round-ups these past two months. These lists are massive projects for us, and everyone at LaidOff has been busy and stressed. To lighten our load and switch things up a bit, we’ll be holding off on these lists till the end of the year. In their place, we’re introducing a new series called “Songs of Fall.” Each entry will be about a song we’ve been listening to a lot lately, new or old. Some will also include personal playlists.

Want to contribute? Pitch your Song of the Fall to submissions@laidoffnyc.com.

I spent the last half of August in California. I flew into L.A., where a group of my college friends from across the country was converging for a week. My girlfriend arrived a few days later, and we drove up the coast to camp in a state park outside Santa Barbara for her birthday. Later, we flew to San Francisco and stayed at her college friend’s parents’ beautiful home in the uncomfortably idyllic Marina District, where I finished my remote summer internship at a New York radio station. My girlfriend flew back east, and I ended the trip crashing at my two friends’ apartment in Oakland, drained of energy and dreading my looming return to New York, where I’d be jobless and sleeping on couches when my sublet ended two weeks later.

On my first night in Oakland, the three of us did a horse drug and went to a bar where we drank with middle aged men, one of whom was offended when I beat him at pool and was intent on fighting me until a balding man in an A’s jersey talked him down. I continued doing the horse drug throughout this episode and was perfectly dosed and entirely de-wormed by the time we got back to the apartment, at which point one of my friends played The Roches’ “Love Radiates Around” on the speakers. I touched God.

Most know The Roches from their 1979 self-titled debut, a collection of immaculately harmonized folk tracks featuring the ubiquitous “Hammond Song,” the closest they ever got to a hit. But the Roches made music for nearly 30 more years. They were always too quirky to be a certifiable pop group, but their music did change with the times, adapting well to the goofy excesses of the ‘80s before returning to their acoustic roots in the ‘90s. 1985’s Another World is a strange document. Most of its arrangements would fit more appropriately under either Kenny Loggins or Donna Summer vocals than the angelic cooing of three strange sisters who didn’t get to watch TV growing up.

I’d never listened to the full album before, and I downloaded it for my Spirit flight back to New York. “Love Radiates Around” washed over me again as the plane taxied and my knees started to go numb, pressed hard against the tray-table in front of me. A song like that makes you think about heaven, puffy clouds, the womb. The track ended as we hit the runway, and a stadium guitar lick—coupled with the roar of the jets—pulled me out of my reverie.

Another World’s title track is perhaps the goofiest song about depression ever created. The first verse goes: “I don’t feel that great today / I have never felt that great / Don’t tell me to exercise / Don’t tell me it’s what I ate,” sung in unison and washed in robotic effects over triplet synth chords and a dumpy bassline. It brings to mind the I Think You Should Leave sketch where Fred Willard (RIP) plays carnival music on a giant organ at a funeral. The chorus hit as we pushed off the ground and hurtled away from Earth: “There’s got to be another world, oh yeah / Woo woo woo, baby” (X2). It’s harmonized with such delicious dissonance that, out of context, Maggie, Terre and Suzzy Roche could easily be mistaken for a full chorus.

The second verse: “I’m the kind of person who / Likes to sleep all day and night / Too bad I’m sleeping by myself / No one to hoooooooooooold me tight.” The lyrics get sadder, but the music stays in the same happy-go-lucky register, a lovesick country song in the style of a Casio keyboard preset.

A synth solo—transcribed to guitar in the live version above—follows the second chorus, staying true to the topline of the verse with a few minor embellishments and changes in emphasis.

Verse 3: “Think how good just normal feels / A helmet on my head / Constant flow of ice cream in / I’d be as good as dead.” Chorus X3.5, fade out. Terre scats ecstatically at the top of her range over the last choruses, capping off a song about ice cream euthanasia with a melodic Face-With-Tears-of-Joy emoji and several exclamation points. A mile in the air and rising, I consider what it might feel like to jump.

Below is a nearly comprehensive list of my favorite songs released between August 1 and October 15 (today). Enjoy!

Raphael Helfand is Laid Off NYC's Editor-in-Chief. Get to know him better: @raphaelhelfand

*Lead image by Jda Gayle: The Roches, from a 1980 publicity shoot, overlaid on a photo of East Granby, CT's Tariffeville Gorge Overlook by Raphael Helfand.