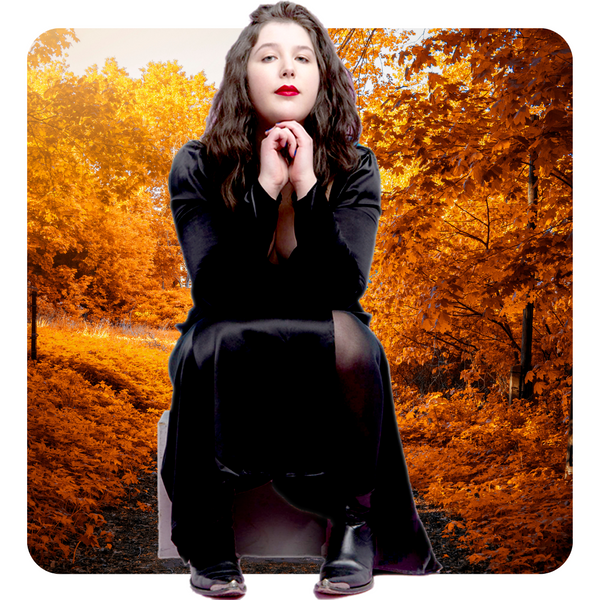 Welcome back to Songs of Fall, where we write about the music that’s connecting with us most as the weather gets colder. Each entry will be about a song we’ve been listening to a lot lately, new or old. Some will also include personal playlists.

Want to contribute? Pitch your Song of the Fall to submissions@laidoffnyc.com.

“I’ll have a memory punch me in the face and I won’t know what to do,” Lucy Dacus told Hanif Abdurraqib in July, shortly after the release of Home Video, an album that explores memory and the past’s powerful effect on how we observe ourselves in the present.

Home Video, Dacus’ third LP, is sonically looser and more experimental than its nearest predecessor, 2018’s Historian. In it, she recounts vignettes of friendship, death, religion, and precocious love affairs in adolescence. She writes lyrics with a cinematic impulse; the stories told in her songs are detailed but gilded, the stuff of personal fantasies. The album is replete with suburban activity: doing cartwheels, throwing basement parties, and listening to heavy metal at Vacation Bible School. Dacus embraces the role of emotional archivist, illustrating events not as they happened but how they feel to her now.

There are plenty of memory specters in Home Video, but the most interesting experiment occurs on “Partner in Crime,” a the story of a short-lived love affair funneled through haunting distortion. The track’s alterations are the results of a vocal injury that inhibited Dacus from hitting her highest notes. She ran her voice through auto-tune after recording and ultimately kept it in the album’s final cut. In an interview with Pitchfork, she mentioned that the effect influenced the song’s arrangement and ultimately fit its theme: “disguising yourself to be more attractive.”

The distortion also helps convey the impressionistic nature of recollection. “Partner in Crime” starts painstakingly slow, with elongated vocals that delay the revelation of its central relationship’s details. For most of the song, the lyrics are elliptical. Dacus’ protagonist doubts whether her feelings are reciprocal, asking, “Do you love me? / Do you love me not?” But the relationship mainly happens off-stage, during a droopy guitar solo that crescendos as the protagonist reenters the song. The end of “Partner in Crime” follows a quick turn of fate: the man confesses to having a girlfriend but tells the protagonist no one understands him quite like she does. This declaration does not quell her repetitive questioning, which continues until the song ends with the same heavy guitar that originally disrupted it.

From the beginning, the protagonist expresses embarrassment from lying about her age and saying she likes coffee to impress her suitor. She also articulates the dizzying effects of her infatuation (“​​I get vertigo looking down and looking in”). The auto-tune serves to shield the protagonist from the shame and confusion she sings about and alleviates her burden of remembering. Rather than recount the story in detail, Dacus conveys its depth through exaggerated guitar riffs and languid vocals. In doing so, she demonstrates the fraught nature of memory. As the gaps between our current and adolescent selves widen, we become ashamed to remember things as they actually happened. Dacus’ distortion distances her protagonist from a narrative in her past and demonstrates that affective memory can be a surrogate for facts. Instead of focusing on the experience’s immediate aftermath, the song vivifies its lasting impression. Though “Partner in Crime” is unlike any song on Home Video, it is the album’s greatest victory. Using lyrical and sonic distortion, Dacus reveals that personal history and mythology can exist as one.

Vita Dadoo is a nonfiction writer and journalist from Mexico City, currently based in Brooklyn. She’s getting her MA in Bilingual Journalism with a focus on Arts & Culture reporting at CUNY-Newmark. Get to know her better: @vitadadoo