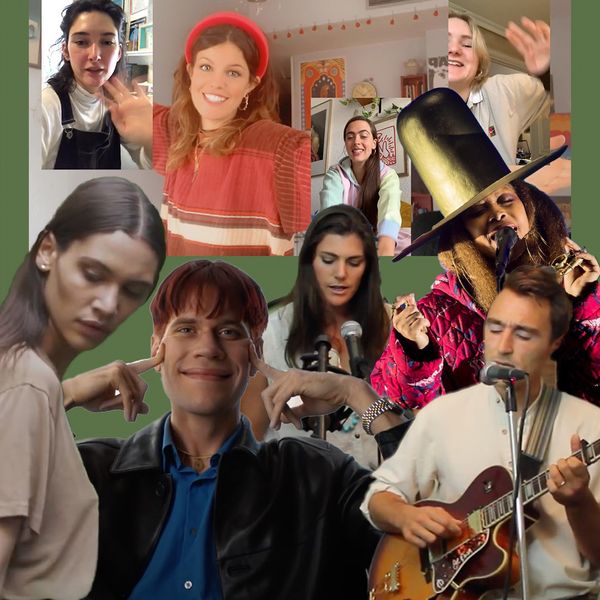 Over the past few weeks, I’ve caught myself staring at the names of loved ones shuffling around on the Spotify “Friends Activity” totem pole. Inspired by clever playlist names like “quarantunes” and “coronacation vibes,” I took it upon myself to create my own relevant title. Referencing Kanye’s “Bound 2,” I declared my Quarantine Playlist: “Corone’s in the house, watch ya mouth.”  I’m hopelessly proud of this title, and am now realizing I’ve used up the entire quota for blog-post self-indulgence in the first paragraph. Worth it.

The lockdown has been a great time for playlists but a disaster for musicians. Practically every single tour and festival has been cancelled from March through next year. But despite these “difficult,” “uncertain,” “strange,” “challenging,” “unprecedented,” “unusual” times, a lot of beautiful art has come from Shelter in Place. Confined to their homes, singer-songwriters such as Aaron Maine from Porches and Sven Gamsky from Still Woozy are writing, playing, and recording from dawn till dusk.

For bands with collaborative and multi-instrumental songwriting processes, quarantine has been a speedbump, not a roadblock. Feel-good R&B group Melt recorded, produced and mastered a song and accompanying music video while all eight members were in isolation. And Norweigian-born Kaya Wilkins (Okay Kaya) announced that she had written thirteen songs over the course of a few days. Dare I say, the level of productivity for many artists seems to have increased since the onset of the pandemic. They’ve got all the time in the world, and nobody to share it with but their instruments.

Meanwhile, S.I.P. has led to an exciting development—well, as exciting as music can get alone, shirtless in your living room at 1:00 in the afternoon with a cheerio in your belly button and a strange urge to shave your head. We’ve had the privilege of living through a revolution in musical performance: DIY live streaming. What a time to be alive! Performing from home was nearly uncharted before its explosion over the last few months and has been more enriching than expected. Before self-isolation, I never knew I wanted to see M. Ward’s sock-ridden bedroom floor and the view out his window; or half-drunk Okay Kaya fumbling around the neck of her guitar, trying to figure out the chords to a song from her debut album; or cute exchanges between Mac Demarco and his girlfriend of ten years. But I now find myself scheduling my days around these moments.

At first these bedroom concerts felt like a consolation prize, a cheap replacement for The Strokes’ first album tour after years of silence; sort of like, I don’t know, getting offered $1,200.00 after being laid off? But once I experienced The Blogotheque’s Stay Away Show for Okay Kaya on March 21, I was rapt. Her vocal tones were so calming, her fuzzy navy carpet as warm as the orange light coming from the lamp in the corner of the room. Two days later, Maine from Porches announced he would be doing an Instagram Live set from his bedroom for every scheduled night of his cancelled “Ricky Music” tour. Over the next few weeks, I watched countless artists stream sets ranging from one to ten songs, and gained unexpected insights into their lives.

Several platforms for live-streamed concerts have stepped up during this time, including The Blogotheque, COLORS, YouTube Live, NPR, and Baby TV, from Baby’s Alright. Their shows are the highlights of my days in quarantine. When that live stream notification pops up, everything else stops. An invisible crowd of unemployed fans from all around the world is simultaneously tuned in to the same musical microcosm. Without the screams from a crowd or the shoulder digging into your back, it almost feels like you’re alone in your bedroom with the artist, as if they’re playing only for you. Maybe the picture quality is slightly fuzzy and the screen tiny, but you still get the awkward ad libbing and beautiful imperfections of a concert. Then it’s gone, as quickly as it came.

The beauty is in the details. Watching Maine from Porches in his bedroom, trying to piece together a song he started writing earlier that day, makes even a small-venue concert feel like a monster truck show. Yes, you may not be able to see the sweat on the artists’ brows, but after feeling how relaxed and natural they are during a live stream, and after seeing their apartments, their beds, the types of drinks they sip when they’re not choosing from a small bar at a club, you might place less value on that brow sweat. It seems to be special for the performers too. During one stream on his virtual tour, Maine told his viewers that performing in this way is more “intense” and that he gets more lost in the music than when he’s onstage.

Unlike a music video or a pre-recorded set, live streaming allows for dialogue between viewer and performer. You can still SCREAM THE SONG YOU’RE DYING TO HEAR and hope the artist hears you, but now with text. Without an applause to gauge the size and engagement of their crowd, artists hunch over and look at the comments quite often. Once in a while, when they glance at the phone between songs, something will catch their eye and incite a digression or an unplanned interlude.

It doesn’t happen often, due to the usual surplus of comment traffic. But during The Saxophones’ set on The Blogotheque, someone asked about the inspiration behind the song “If You’re on the Water.” Despite the natural lag of live streaming, lead singer Alexi Erenkov leaned over at the perfect time to see the question and took a few minutes to respond. His explanation was thorough and deeply personal, more like a story shared with a close friend than something quickly spoken between songs on stage while tuning a guitar.

Not all live streams are so lo-fi and intimate. Erykah Badu went a different route and performed an interactive, for-profit concert on a computer-based streaming platform. Based on the results of a two-option poll after every song, the audience could elect either to stay where they were or have Badu move to a different “room.” With every change in room, the mood, costumes, instruments, and genre would change too. It felt like a party, striking the balance between endearing sloppiness and calculated premediation that Saturday Night Live does so well; except instead of advertisements, there were interludes from Badu’s “cousin-in-law” magician.

Other bands are exploring options outside live streaming. Both Australian pop-funk boy band Parcels and Spanish garage rock girl group Hinds have made tutorials for their songs in which each band member posts a lesson for their respective instrument. Because of the time difference, Parcels tutorials would always be uploaded by the time I woke up. By the end of the day, several videos of their fans playing the newly learned tune would be reposted on their Instagram stories.

We’ve all realized to some extent how much we’ve taken live music for granted. We’re all looking forward to when we’re back to “normal,” back at Webster Hall and jumping around. But for artists who’ve lost months of income to the lockdown, the desire is more urgent.

The impossibility of touring has highlighted major flaws in the current state of the music industry and the way it supports artists. Streaming services such as Spotify and Apple Music take control away from musicians, and simply do not pay the bills. As streamers, we’ve become spoiled; whenever new music comes out, there's a part of us that feels entitled to it. But writing, producing, and mastering is not cheap, and we need to begin supporting the artists we love more responsibly.

The lack of income for artists in quarantine could be the catalyst for a reinvention of the music industry we’ve known for the past 21 years, since the advent of Napster. Artists have already started to move away from the streaming model. Some have begun releasing music exclusively on Bandcamp because they just aren’t making enough money on streaming. We can bolster this shift by buying their work directly from them.

Take some time to appreciate these free concerts, and the generosity of the artists who put them on. As the lockdown continues and the bills pile up, we’ll be seeing less and less of them. Then, consider buying a T-Shirt or CD from an artist’s website. I don’t love the idea of paying more for one album than I do for a year of streaming, but skipping the $15 tequila soda at the club and paying a bit more for music that I’ll enjoy for years won’t kill me. And it’s the right thing to do.

Get to know Calvin better, @really_not_out_here  for all his latest stories. 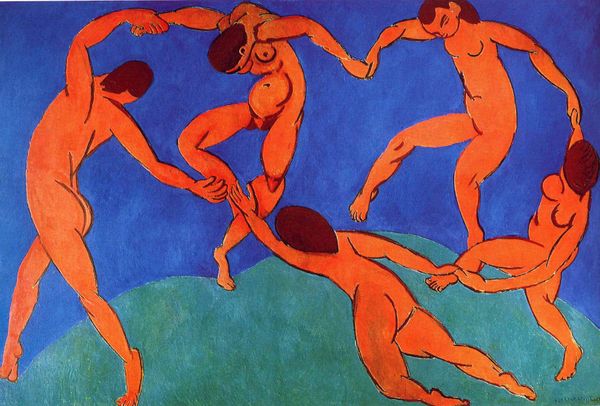 Single of the Month: Spring is Here! 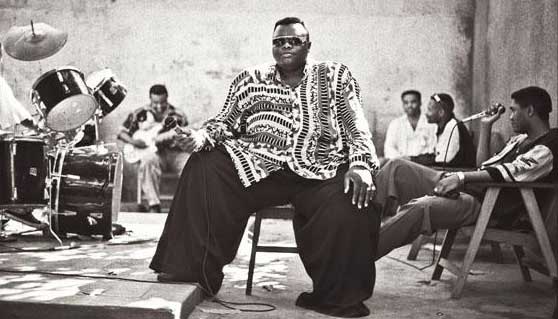