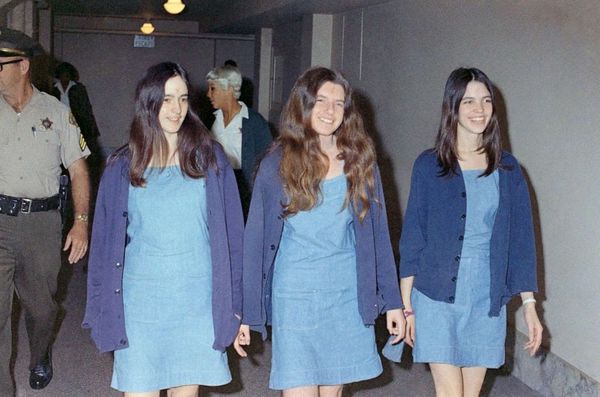 I have enjoyed true crime for years. As a spindly teenager, I was particularly fascinated by John Wayne Gacy, a serial killer known as the Killer Clown who was active in the 1970s. I perfectly fit the profile of his victims, and I sometimes wondered if there were any sickos like him in the quaint suburban neighborhood where I grew up. When walking to school, I would imagine someone like him watching me as I made my way down the winding, slightly hidden path near my house on those dim, dew-coated fall days at seven in the morning.

Of course, those dark imaginings never came to life, but they speak to a major appeal of true crime: our own fear of being the victims. Every day, people get murdered. Some disappear and are instantly forgotten—some forever, and some only until a Truman Capote figure discovers them—while others live on in their deaths through era-defining social activism.

The story of 2020 was a story of death. It is not an exaggeration to say that death was in the air we breathed. For months on end, we were afraid to leave our homes, as if a homicidal lunatic were lurking and prowling in our midst. Our illusions of security were shattered. And yet, this was not the kind of danger that has a way of titillating us, the kind that tempts us with the possibility that we could feel the most alive as we dance closest to death. Nothing about killing somebody with kindness by unwittingly giving them a fatal virus appeals to our grotesque imaginations. It isn’t transgressive. We would never describe ourselves as the innocent victims of a friendly hug or a poorly sanitized doorknob. Those banalities do not cut straight through to us at our most psychologically vulnerable, our most fearful.

COVID-19 was a killer more invisible than a quiet, eccentric loner in the run-down house on the outskirts of town. The virus brought with it no thrills, no instantaneous neuroendocrine forebodings of gruesome death, no fear in any quaking, intense sense of the word. Instead, we hunkered down bored, broke, and concerned for our friends and loved ones. Even as everyday interactions became more reckless, we were not thrilled to know that it endangered lives to hug our relatives or go to a bar. Although those trivial things were now dangerous, they did not cease to be trivial. I wondered how people brought excitement and variety back to their lives in a time of so much death and ennui. Then, I became aware of an online purveyor of macabre merchandise–the Serial Killer Shop.

Founded in 2015 by self-identified true crime nerds from California, the Serial Killer Shop is a darkly entertaining antihero during this fraught period of pestilence. Like many apparel companies, the Serial Killer Shop helped itself stay alive during the past year by selling face masks. John Updike was fond of the German word Maskenfreiheit, the freedom granted by wearing a mask, hiding our identity, and playing a role. In other words, the fun part of wearing a mask. We had none of that. Our pandemic masks were strictly functional. The Serial Killer Shop took the anonymity out of the protective mask by adding a twist to the salubrious forced conformity of pandemic life. One mask emulates John Wayne Gacy’s clown makeup, while another says IF YOU’RE NOT A SERIAL KILLER, GET AWAY FROM ME. Another showed Patrick Bateman, from Mary Lambert’s American Psycho, in the iconic open-mouthed shot of his face splattered with blood. One customer named Jamison attested to its power as both a character mask and a protective mask. “I love turning into Bateman when I put this mask on,” they wrote in a positive customer review.

Most of the testimonials from customers praised the Serial Killer Shop for the comfort of the shirts and hoodies, and for the prompt and friendly customer service. But in that respect, they hardly differ from any other online T-shirt and apparel merchant. Where they differ is that the Serial Killer Store caters to a loyal and loving following of true crime aficionados who revel in the dark humor of shirts, socks, and wall clocks that sport the likenesses of Ted Bundy, John Wayne Gacy, Charles Manson, and others. But what struck me the most about the Serial Killer Shop was its devoted fandom of women.

For a while, I puzzled over this peculiar phenomenon, wondering if I should be surprised by this subculture of women who not only watch and read true crime, but wear it. Serial killers are exceedingly rare considering how much media attention they get, and women are far more likely to be the victims of rape, sexual assault, and intimate partner violence than of serial killers. Women have many reasons to fear being the victims of violent crime, but true crime, which sensationalizes the most deviant and abnormal criminal acts pushes the narrative that women should always be on guard against murderous psychopaths. Even so, the rarity and sheer evil of serial killers gives them a kind of mystique. Their prevalence in true crime media adds to this mystique, and in doing so, makes the world a scarier, more sinister, and gothic place, far removed from the brutal realities of everyday violent crime.

Sometimes, facing fear is enough to turn it into love. In May 2019, an essay in HuffPost examined women’s adoration for killers like Ted Bundy despite everything they did. Bundy was more photogenic than most serial killers, and the story of how he repeatedly charmed his victims, twice escaped custody, and fled across the country has a certain rugged appeal to it. The idea of the frontier and the romantic outlaw are central to American mythology, and Bundy fits this bill very well, albeit in an extremely perverted way. When he was on death row, he received numerous love letters from young women, and a number of the Serial Killer Shop’s female customers are professed Bundy fans. In one review, a customer named Sarah said she had “all the Bundy shirts.”

Rachel Fairburn, a comedian and serial killer enthusiast, wondered if another reason women gravitate towards this genre is compassion for its mostly female victims. But the popularity of one serial killer in particular amongst the Serial Killer Shop’s female clientele complicates this theory somewhat. Aileen Wuornos—a Florida sex worker who murdered seven men in 1989 and 1990, and made more famous by the 2003 film Monster starring Charlize Theron—fascinates many women who follow the genre. The Australian edition of the women’s interest magazine Women’s Day argued in the January 2020 piece "How Hollywood Fell In Love With Serial Killers" that Monster renewed and expanded interest in true crime, particularly amongst women.

A number of customers are especially grateful that the Serial Killer Shop includes Wuornos-themed products in its lineup. “You need more female killers on this site!” said one reviewer named Leslie. Another named Shelby, in a positive review of a Statue of Liberty tank top that featured Wuornos’ likeness, said “thanks for making Aileen Wuornos merch for us girls!” “Aileen was misunderstood,” wrote Nancy, “I don’t think she was as bad as people make her out to be.” Among this set of true crime enthusiasts, Wuornos has become a folk heroine, and more of a victim than a perpetrator. Wuornos suffered assault and abuse throughout her life, and for many women that have suffered similarly, the knowledge that Wuornos shot her abusers may bring satisfaction and sense of justice.

When I first discovered the Serial Killer Shop last Christmas, I was mildly amused by the limited edition ugly Christmas sweater that read: All I Want For Christmas is Serial Killer Documentaries, and even briefly toyed around with the idea of buying it. Most of the other designs, despite being arresting and well-executed, were too edgy for me in their glorification of these murderers. But I learned that true crime is more than just an interest or hobby that I moved on from a long time ago. The comments section of The Serial Killer store revealed a community for whom brutal murders are a way of coping with a grotesque and unjust world, a world whose grotesqueries and injustices are amplified by both a pandemic that has confined and wearied us, and by a shift in how we think about crime, punishment, and safety. True crime allows some people to come to terms with indescribable violence and horror by facing their fears and having their yearnings for justice and closure satisfied. For the loyal customers of the Serial Killer Shop, these goals are accomplished in the cathartic release of ironic laughter.

Cyrus Schiller is a freelance writer and a graduate student of Cultural Reporting and Criticism at New York University. Get to know him better: @Cyrus_Schiller 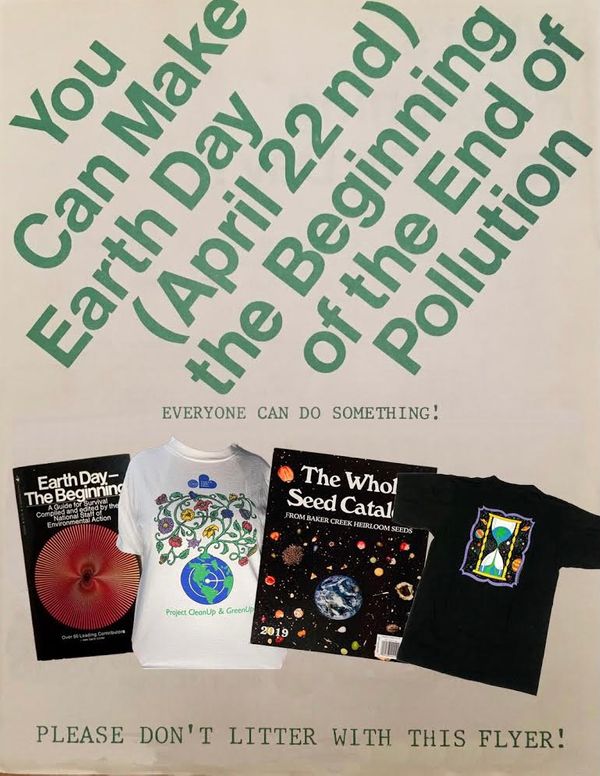 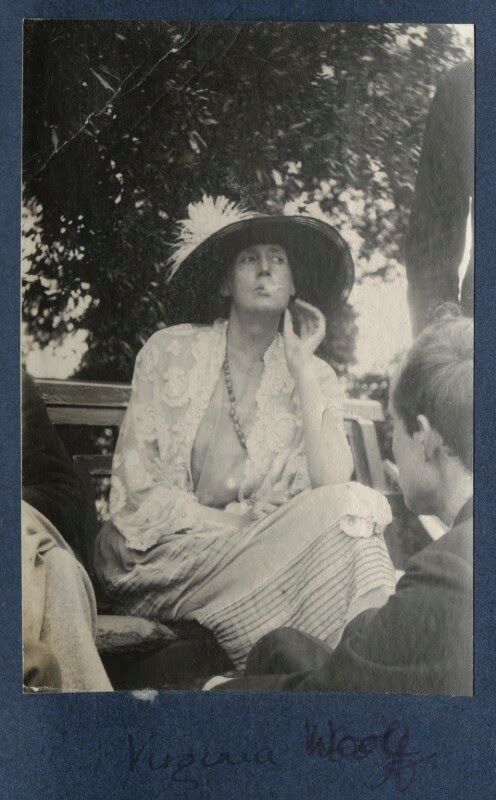 Are My Clothes Saying Enough About Me?