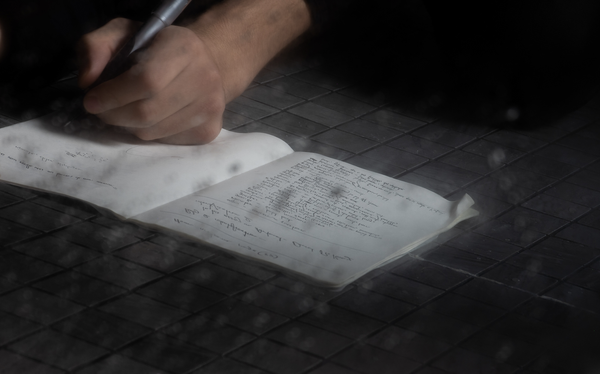 “Absent from the world and myself, I write.
The mirrors observes, waits,
And dictates absent words.
Reaching nothingness,
One day the mirror will break.”

Note: "Short Absence" is a project I developed a year ago during the Eddie Adams Workshop. First I wrote the poem; then I filmed it by myself during one weekend. I had never filmed or edited video before; I had to work intuitively, taking pictures of every frame so I would know the lightning and focus were right. While working on it, I kept thinking about Chantal Ackerman’s Je Tu Il Elle and Peter Handke’s novel Absence. To state the obvious: this project is nowhere near those pieces. However, I think it accurately captured my state of mind during those days, and that seems a modest achievement.

Guillermo Manning is a writer of fiction, poetry and criticism, from Mexico City but currently based in the Lower East Side. He co-edits Laid Off NYC’s Letters and Visuals sections. Get to know him better: @gmanningr